Sheriff Scott Israel, suspended over Parkland shooting response, sues to get his job back 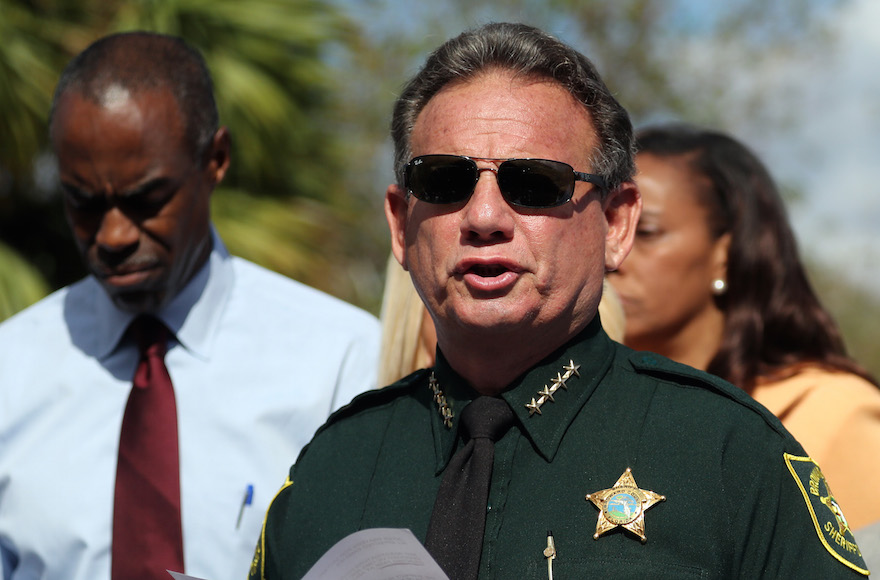 (JTA) — Scott Israel, who was suspended as the sheriff of Broward County, Florida, in the aftermath of his office’s response to the Parkland school shooting, has filed a lawsuit to get his job back.

The lawsuit filed Thursday in Broward County Circuit Court also alleges that Gov. Ron DeSantis, a Republican, improperly removed him from his job for political reasons. DeSantis suspended Israel, a Democrat, on Jan. 11, just days after he was sworn in as governor.

DeSantis had said on the campaign trail that Israel should be suspended for how he and his office handled the February 2018 massacre at Marjory Stoneman Douglas High School, which killed 17 students and teachers.

At least one armed deputy from Israel’s office did not enter the school building during the attack by a lone gunman. His office also is said to have not responded appropriately to calls expressing concerns about the shooter, a former student at the school, prior to the attack.

The lawsuit was filed in response to DeSantis’ remark during his State of the State speech last week in which he said that any state senator who would vote to reinstate Israel would “thumb his nose” at the families who lost loved ones in the attack.

The Florida Legislature will vote on the suspension. A hearing in the state Senate is scheduled for next month, though it could be postponed until the lawsuit is decided.

Israel, the county’s first Jewish sheriff, has acknowledged there were mistakes in his office’s response to the Parkland shooting. Israel has worked in law enforcement for 30 years and reportedly has said he plans to run for office again next year.