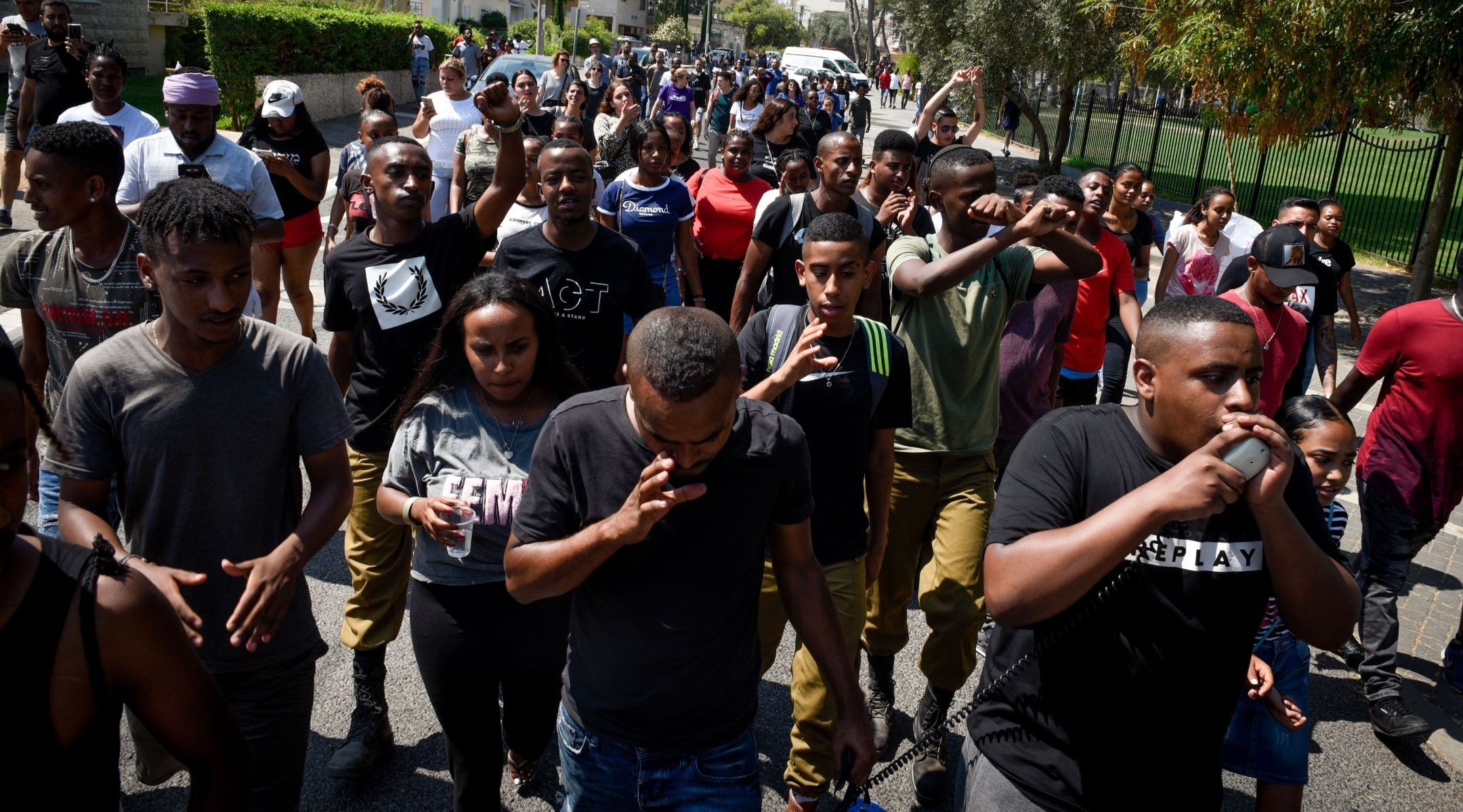 JERUSALEM (JTA) — The sister of Solomon Tekah, the Ethiopian-Israeli teenager shot in July by an off-duty police officer, has immigrated to Israel.

Masrat Warika and her two young children landed at Ben Gurion Airport on Sunday evening. Some 8,000 Ethiopian Jews are waiting to be brought to Israel.

Her arrival was arranged in part by Agriculture Minister Uri Ariel, who told the Israeli media that he began working to bring her to Israel after he visited the Tekah shiva home and learned of her plight.

“As someone who has been working for the Ethiopian Jewish community and their journey to Israel for almost 35 years, this is definitely an emotional and joyous occasion for me and for the Tekah family,” Ariel said in a statement that was posted on Facebook. “It’s the least we could do to ease the pain and sorrow of the family. Despite the tragic circumstances, I’m certain Masrat and her children’s arrival will help the family unite and find strength. I’m hopeful that soon we will get to see the rest of the Jewish Community in Ethiopia that are waiting to make aliyah, here in Israel.”

Her arrival came hours after Haaretz reported that the off-duty police officer who shot the 19-year-old Tekah in a suburban Haifa park will likely be indicted for negligent homicide. He could face up to three years in prison.

Investigations into the incident determined that the police officer, who remains unnamed, had no justifiable reason to draw or fire his gun. The officer said he felt threatened while at the park with his family while attempting to break up a street fight and fired at the ground. The bullet ricocheted, striking and killing Tekah.