So long, ‘amulet.’ Hello, ‘phylactery.’ The Met Museum has updated that tefillin description. 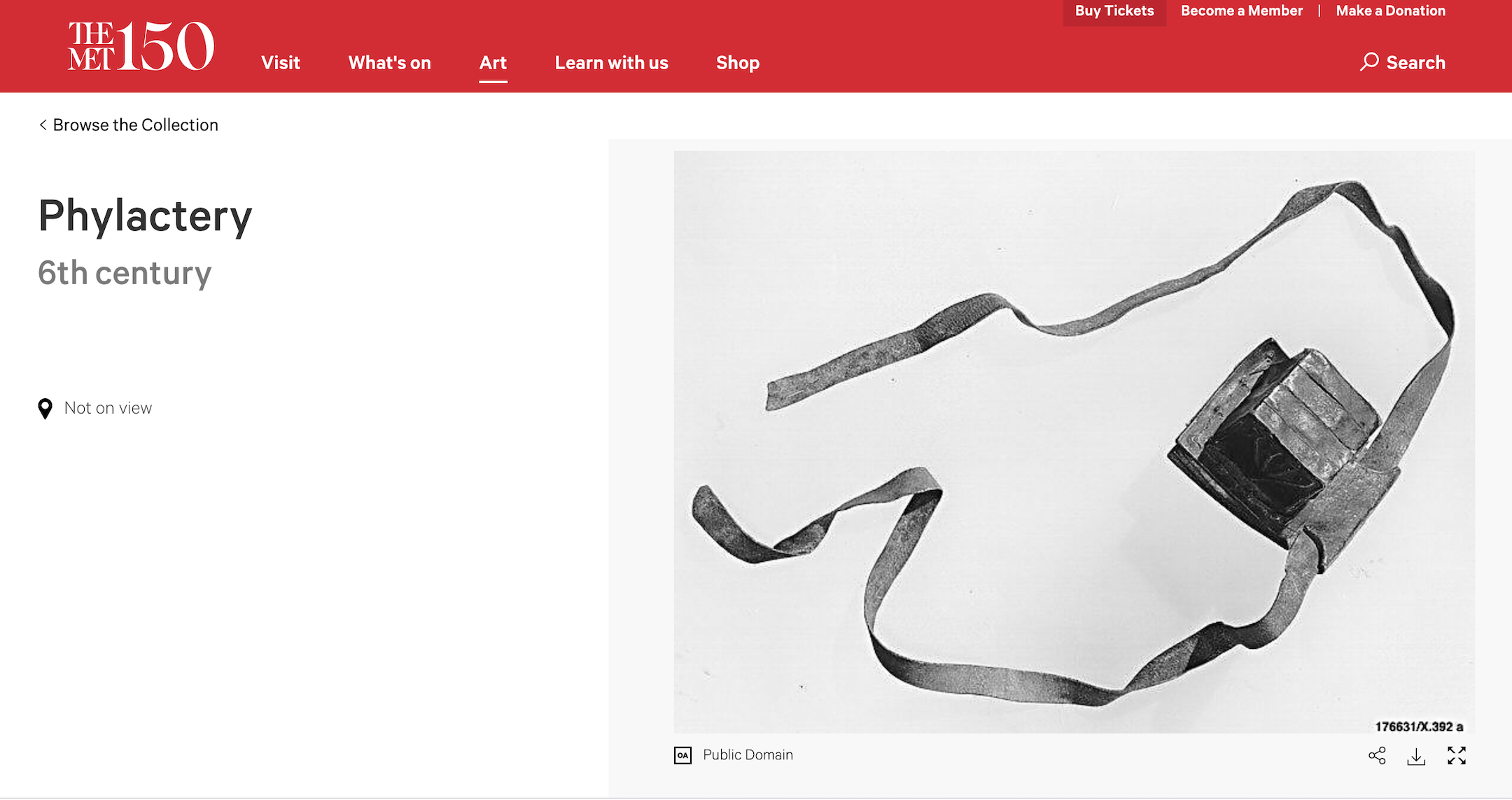 The revised description replaces the word "amulet" with "phylactery" but does not note that the object is used in Jewish prayer. (Screenshot)
Advertisement

(JTA) — Days after a small corner of the internet erupted with criticism of how the Metropolitan Museum of Art labeled a Jewish ritual object in its collection, the New York museum has quietly revised the description.

Where its website had previously called tefillin, the leather boxes and straps used in prayer by observant Jews, an “amulet,” it now refers to them by the word “phylactery.”

Twitter users had challenged the amulet label after an automated account that shares pictures of items in the museum’s holding posted one of the tefillin, which is part of the Islamic art collection. Some called the museum’s labeling anti-Semitic because it did not reflect the Jewish nature of the item.

The new label does not indicate that the item, which is not on display publicly, is used by Jews. The museum obtained the item in 1962 and says it likely originated in sixth-century Egypt.