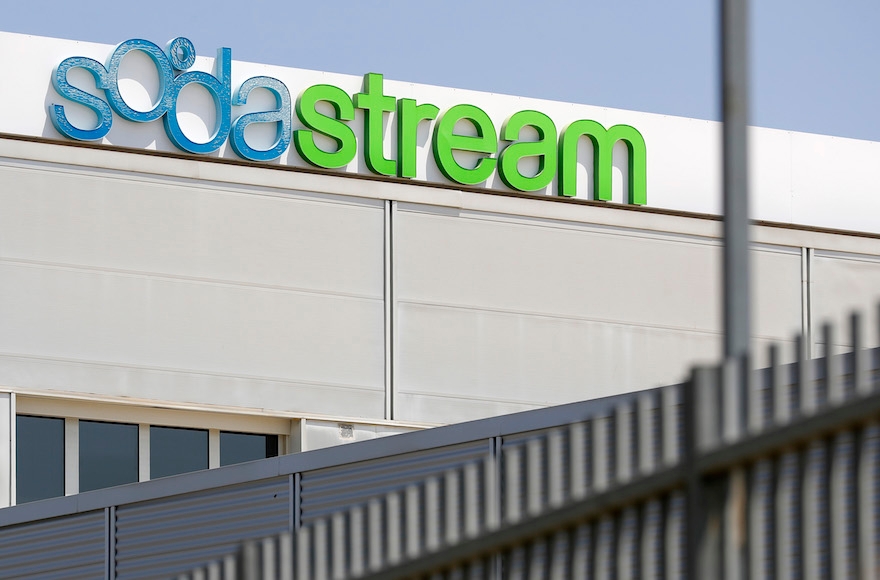 A view of the head offices of SodaStream, the Israeli beverage company, in the city of Lod, southeast of Tel Aviv. (Jack Guez/AFP/Getty Images)
Advertisement

JERUSALEM (JTA) — SodaStream is setting up a manufacturing plant in Gaza.

SodaStream CEO Daniel Birnbaum made the announcement Thursday at a conference in  Jerusalem sponsored by the Israeli business publication Globes. He appeared on stage at the conference with Ramon Laguarta, CEO of Pepsico, which acquired the Israeli home-carbonated drinks company this year for $3.2 billion.

Laguarta told the conference that he toured the SodaStream plant located near the Bedouin town of Rahat in the Negev Desert in southern Israel and said he was proud of “the human state of the plant,” noting that the 2,000 employees are both Jews and Arabs working on terms of equality.

More than 70 of those employees are Palestinians who worked in the company’s now-closed West Bank plan. They received work permits to enter Israel and work in the Negev plant that opened in 2015. In October 2014, SodaStream announced it would close its West Bank factory, but denied that the decision was the result of pressure from the movement to boycott Israel.

“We set up our plant in Rahat, ‘Island of Peace,’ and I want to make it bigger and give more people hope, so we’re in the process of also putting a plant in Gaza, which will be operated through a subcontractor. We want people in Gaza to have real jobs, because when there is prosperity and plenty, there will also be peace,” Birnbaum said.

“Business can be a bridge in certain cases,” Laguarta said.

The two men did not provide any other details about the Gaza plant.