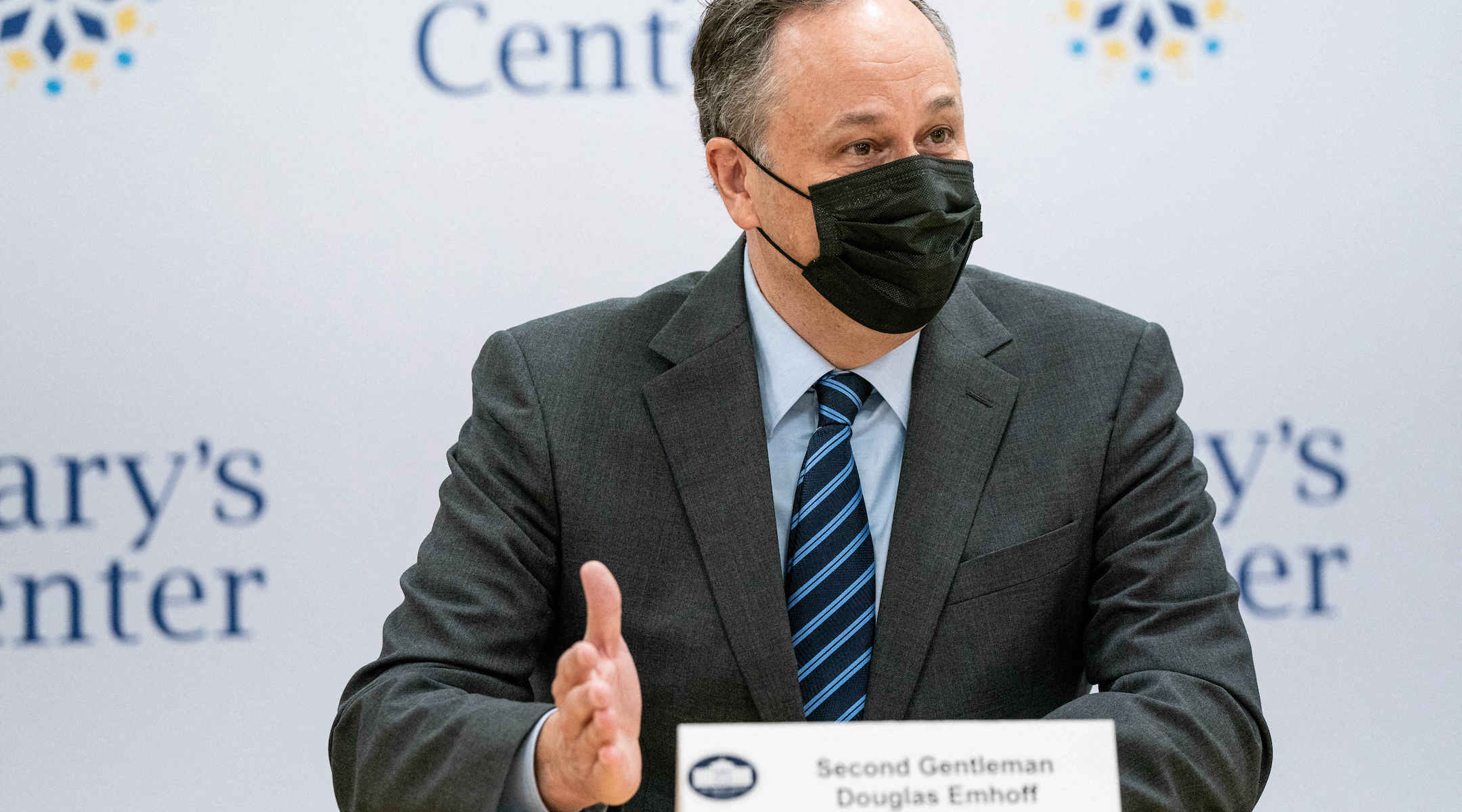 (JTA) — The Jewish community has gotten used to calling him “Doug.” His wife Kamala Harris calls him “Dougie.” But the first Jewish vice presidential spouse is making a subtle change.

In his official press materials, Doug Emhoff is now going by Douglas Emhoff, second gentleman of the United States, Politico pointed out on Wednesday.

“The goofiness is a bit of a persona,” one former Biden-Harris campaign staffer told Politico. “He actually is a very serious person.”

In his public appearances with and without Harris, Emhoff has cultivated a friendly and laid-back persona. The BBC reported in November how he calls himself a “dude.” He hosted and appeared in multiple Jewish-themed campaign events in the fall and has put out other Jewish videos since, including one with Harris in which the couple talk of their love of Hanukkah.

But the name change could hint at a more serious public-facing role for Emhoff, formerly an entertainment lawyer from California. He visited a COVID-19 vaccination site on Wednesday and met with local political officials.

“The rebrand” has “surprised some former Harris staffers who only knew him as Doug,” Politico reported.