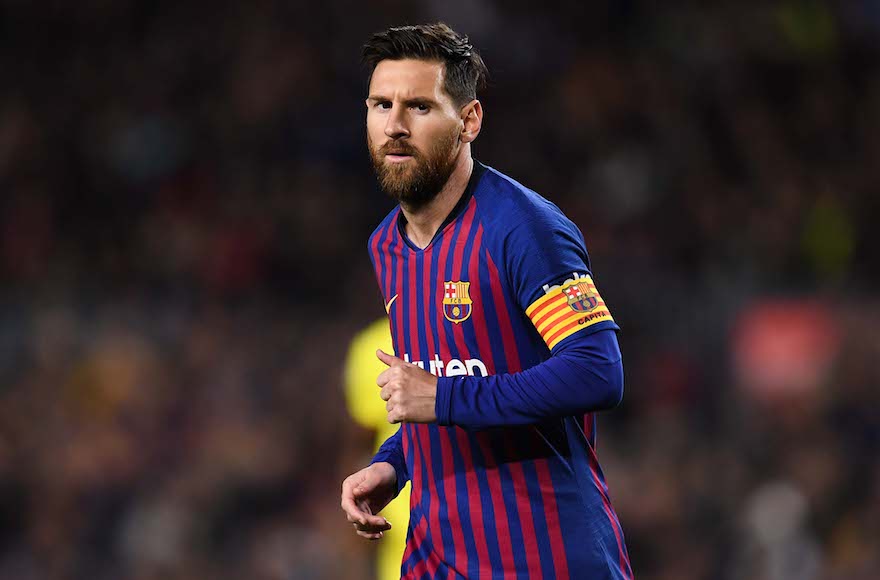 Here’s how that works: Messi is the brand ambassador for Sirin Labs, a tech company founded by Moshe Hogeg. Hogeg also bought Beitar Jerusalem this year. Last week, Messi became the poster boy for Finney, a “blockchain smartphone” produced by Sirin Labs that comes embedded with a wallet for cryptocurrency.

Messi, who plays professionally for the Spanish team FC Barcelona, is a five-time winner of the FIFA Ballon D’Or prize, which goes to the best soccer player in the world.

At an event this week, Hogeg presented Messi with a membership card for the Beitar Jerusalem fan club at an event promoting the Finney smartphone in Barcelona. Hogeg bought Beitar Jerusalem in August for $7.2 million from Eli Tabib, who had been the owner since 2013.

Some of Beitar Jerusalem’s fans have earned a reputation for bigotry. Fans protested in 2013 when the team signed its first two Muslim players. In 2017, an adviser to the team quit after saying that he wouldn’t sign a Muslim player to the team. In 2012, following a match, fans of Beitar marched into a Jerusalem mall and beat up Arab employees there.

Argentina’s national soccer team, led by Messi, was scheduled to play against Israel in Jerusalem this year, but the game was cancelled due to threats against Messi from anti-Israel protesters. He had previously visited Israel in 2013 with members of FC Barcelona.