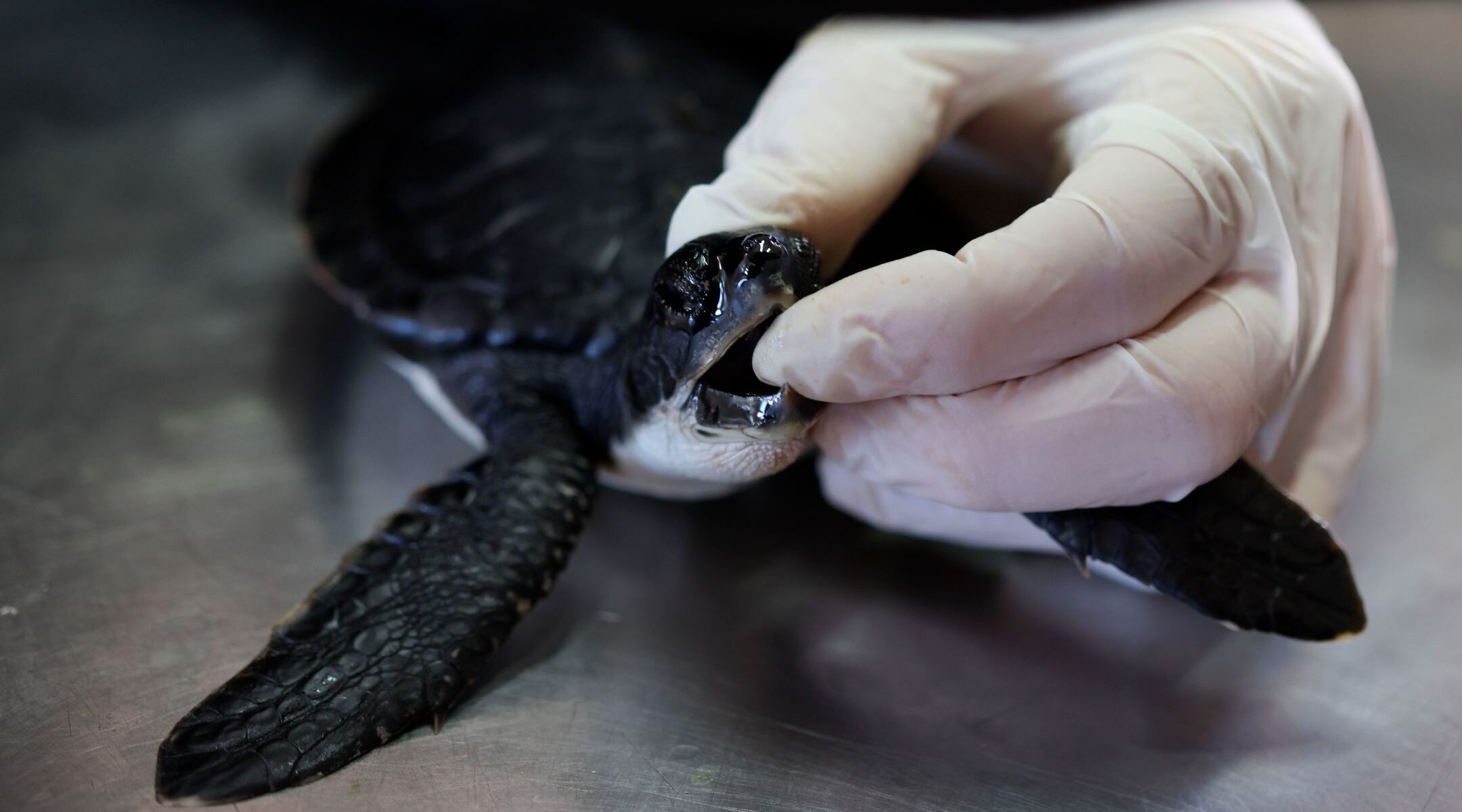 A worker at the Israeli Sea Turtle Rescue Center cleans a sea turtle at their center in the Israeli coastal moshav of Mikhmoret, north of Tel Aviv on Feb. 21, 2021. Powerful winds and unusually high waves pummelled Israel's entire Mediterranean coastline earlier in the week, with tons of tar staining beaches from Rosh Hanikra, just south of Lebanon, to Ashkelon just north of Gaza. (Menahem Kahana//AFP via Getty Images)
Advertisement

(JTA) — Israel closed its Mediterranean beaches to deal with what its officials say may be the worst oil spill in the country’s history.

The Israel Nature and Parks Authority on Sunday called the suspected spill one of the “greatest ecological disasters to afflict Israel since the founding of the state.” It said that 170 out of 190 kilometers of coastline, or 105 out of 118 miles, have been affected by the spill. The consequences will be felt for years, its statement said.

Thousands of volunteers are cleaning tar off the beaches and animals, including birds and turtles, have been found covered with tar. The Israeli army said it would also send soldiers to help with the cleanup.

It’s not clear what ship is responsible for the spill, which is believed to have occurred around Feb. 11 some 20 miles from shore.

“We are making every effort to find those responsible for the disaster,” Gila Gamliel, Israel’s environment minister, said on Twitter.