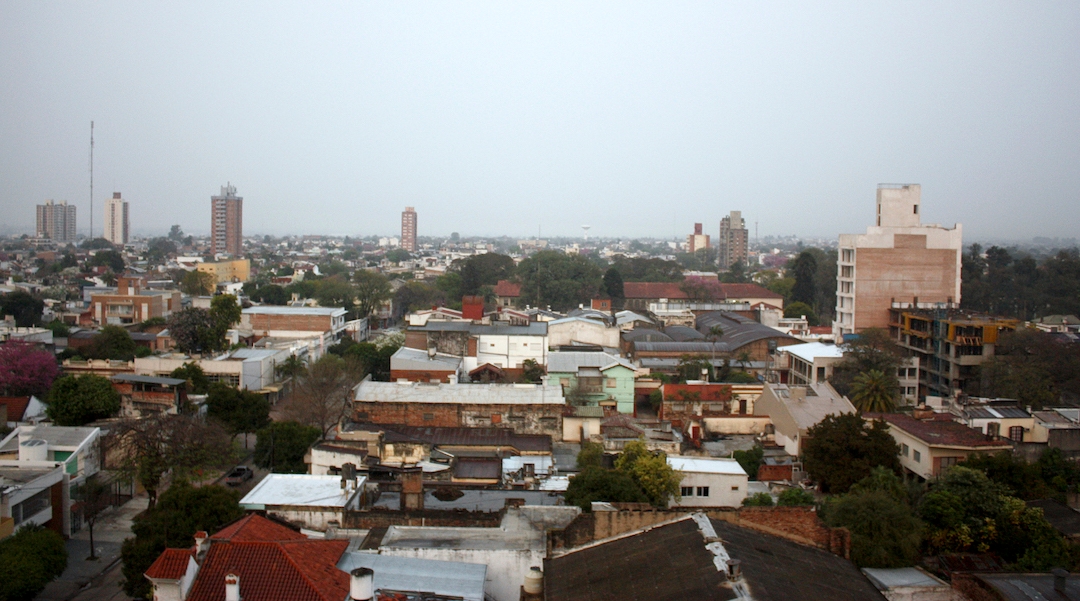 A view of Resistencia, Argentina, in 2010. The city's Holocaust monument was vandalized with a swastika. (WIkimedia Commons)
Advertisement

(JTA) — A swastika was spray-painted on a Holocaust memorial in the northeastern Argentine city of Resistencia.

The Monument to Humanity commemorates, among other victims, Irene Schwimmer de Korytnicki, the last survivor of the Holocaust who lived in the capital of the Chaco region. She died this year.

On Wednesday, the Resistencia Jewish community, the Hebraica of Resistencia Jewish Community Center and the local representative branch of the national Jewish umbrella group DAIA condemned the attack as “part of the anti-Semitic events that are taking place in Argentina, which threaten the coexistence and democratic values of society.” They called on authorities to investigate.

In the last three months, Argentina has seen three instances of violent anti-Semitic aggression, and there is a growing concern about the wave among Jewish leaders. In February, nine gravestones were vandalized in the Jewish cemetery of San Luis province.

Resistencia, home to nearly 300,000 residents, is located about 600 north of Buenos Aires. It is known as “the sculptures city” because it has hosted a biennial international sculpture contest since 1988.