Swastika spray-painted outside synagogue in Maine 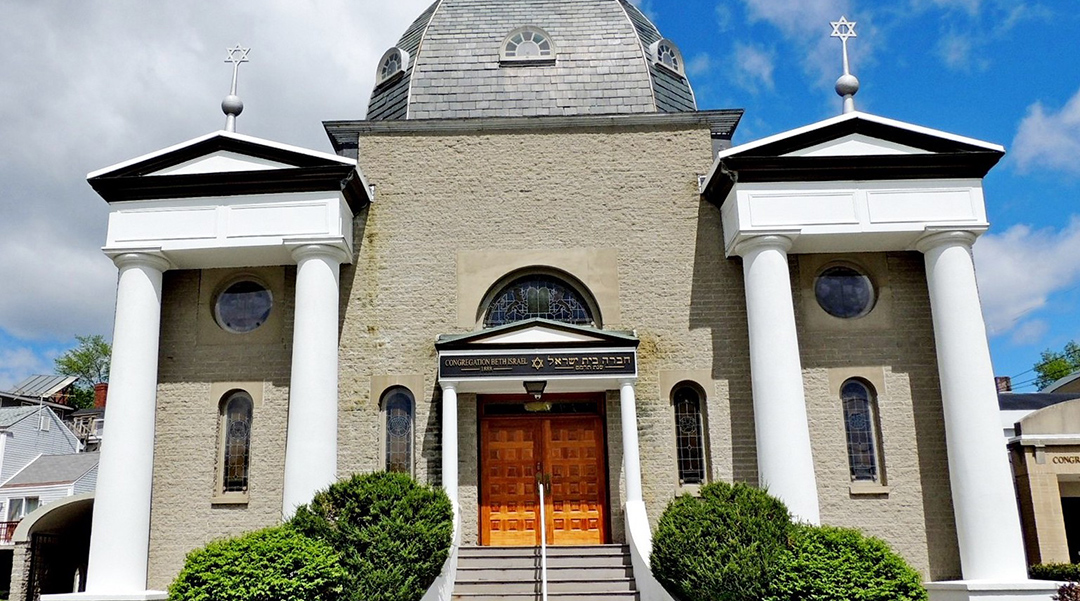 (JTA) — A swastika was spray-painted in white on the sidewalk in front of a synagogue in Bangor, Maine.

“I do hope, rather than criminal mischief or vandalism charges, we can rope these kids into some kind of restorative justice,” Beth Israel President Brian Kresge said in a post on the congregation’s Facebook page.

Kresge used black spray-paint to cover the swastika before the start of the synagogue’s services on Friday evening, which are being held outdoors due to the coronavirus pandemic.

The synagogue installed security cameras in 2012 after anti-Semitic graffiti was spray-painted on the front of the synagogue building.

“For all of us, this isn’t our first rodeo with anti-Semitic graffiti,” Kresge wrote.

The congregation, founded in 1888, is the oldest in Bangor, according to the Bangor Daily News.