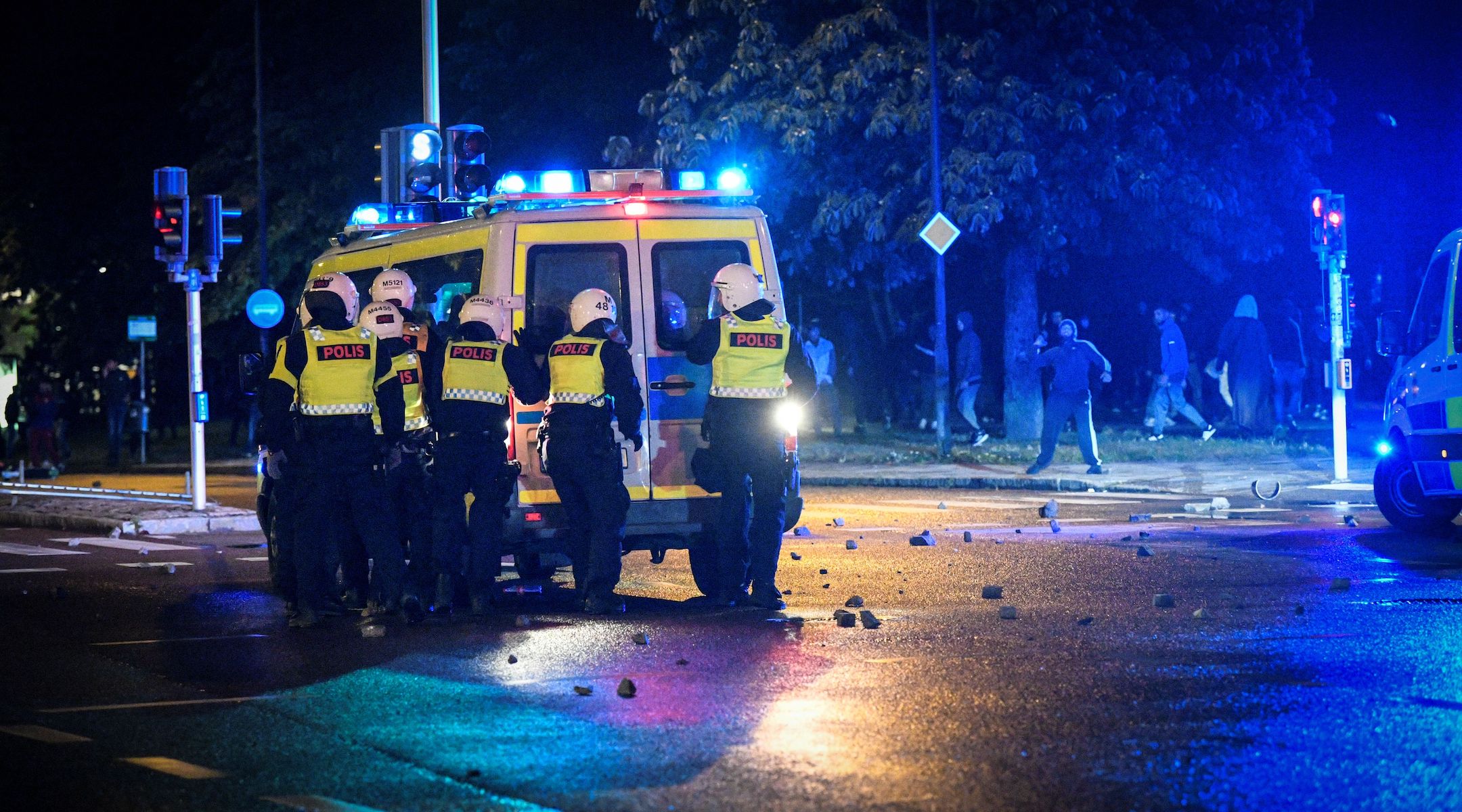 Demonstrators threw stones at police during clashes in the Rosengard neighbourhood of Malmo, Sweden, Aug. 28, 2020. The protest was sparked by the burning of a Quran by members of Danish far-right party Stram Kurs during an anti-Muslim rally in Malmo earlier in the day. (TT News Agency/AFP via Getty Images)
Advertisement

(JTA) — Demonstrations by Muslims in the Swedish city of Malmo against a far-right lawmaker turned violent and included chants in Arabic about killing Jews.

Some protesters attending at least one of the rallies staged against a plan by Rasmus Paludan, the leader of Denmark’s far-right anti-immigration Hard Line party, to burn a copy of the Quran in Malmo chanted “Khaybar Khaybar oh, Jews, Muhammad’s army will return.”

The chants reference a massacre of the Jews in the town of Khaybar, in northwestern Arabia, in 628 C.E.

In the rioting, several cars were set ablaze and at least 10 people were arrested. Authorities in Sweden prevented Paludan from actually traveling to Malmo.

“We take this incident extremely seriously and call on the police and other responsible authorities to prosecute those individuals who through this act have committed incitement to hatred against ethnic groups,” the Council of Swedish Jewish Communities wrote in a statement.

“We view with disgust the burning of the Koran and other holy scriptures.”

The Malmo Muslim Network, an organization promoting the interests of Muslims in the city, sent a letter this week to Ann Katina, a leader of the Jewish community of Malmo, thanking the city’s Jews for opposing Paludan’s plan and wrote that they “condemn the anti-Semitic words of hatred that some chanted during the riot.”