YouTube personality shot outside of LA synagogue by security guard 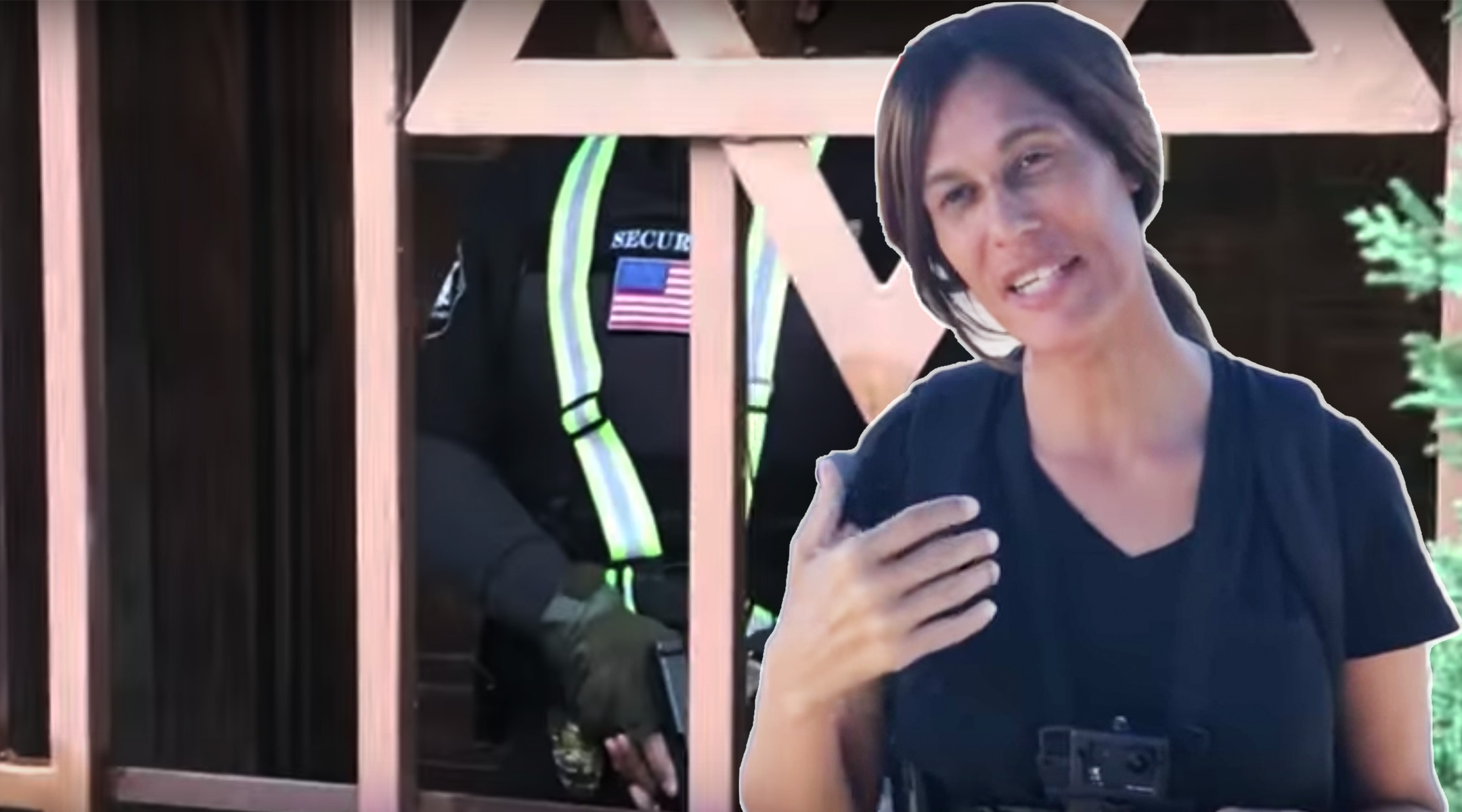 The free speech activist Fuzzy Potato was grazed by a bullet outside of a Los Angeles synagogue. (Youtube Screenshot)
Advertisement

JTA — A YouTube personality was shot outside of a synagogue and Jewish school in Los Angeles by a security guard who said the shot was meant to be a warning.

Zhoie Perez, 45, a transgender free speech activist with a following in the thousands, was shot Thursday outside the Etz Jacob synagogue. Perez was taken to hospital in stable condition and her life was not in danger.

The incident was posted on YouTube on Perez’s Furry Potato Live channel, which features videos of Perez and others confronting police to test their rights. In the video of her confrontation at the Jewish building, Perez focuses for several minutes on the private security guard as he grips a handgun. It is not clear why she was interested in filming the building or the guard. The guard appears to fire at the ground, at which point Perez is heard yelling, “The f—er shot me!”

The Ohel Chana High School, which is located in the same building as the synagogue, told parents that she was shot after “canvassing” around the property. A guard confronted her and she “became belligerent,” the Chabad-affiliated school wrote to parents.

Perez, who was released from the hospital later Thursday, said that she was trying to film the architecture of the synagogue, according to the LA Times.

“I was just filming the exterior of the synagogue here, and getting a lot of like, the architecture, and all that, and the guard came out and just started freaking out, started putting his hand on his gun,” she said. In December, Perez filmed herself outside of another synagogue, the Beit Mitzvah Jewish Center in Encino, as a part of her self-titled Tale of Three Synagogues project.

The guard was detained by police. Perez has not been charged with a crime.

Synagogues and Jewish schools have been on high alert since October, when a far-right activist killed 11 people at a synagogue in Pittsburgh.