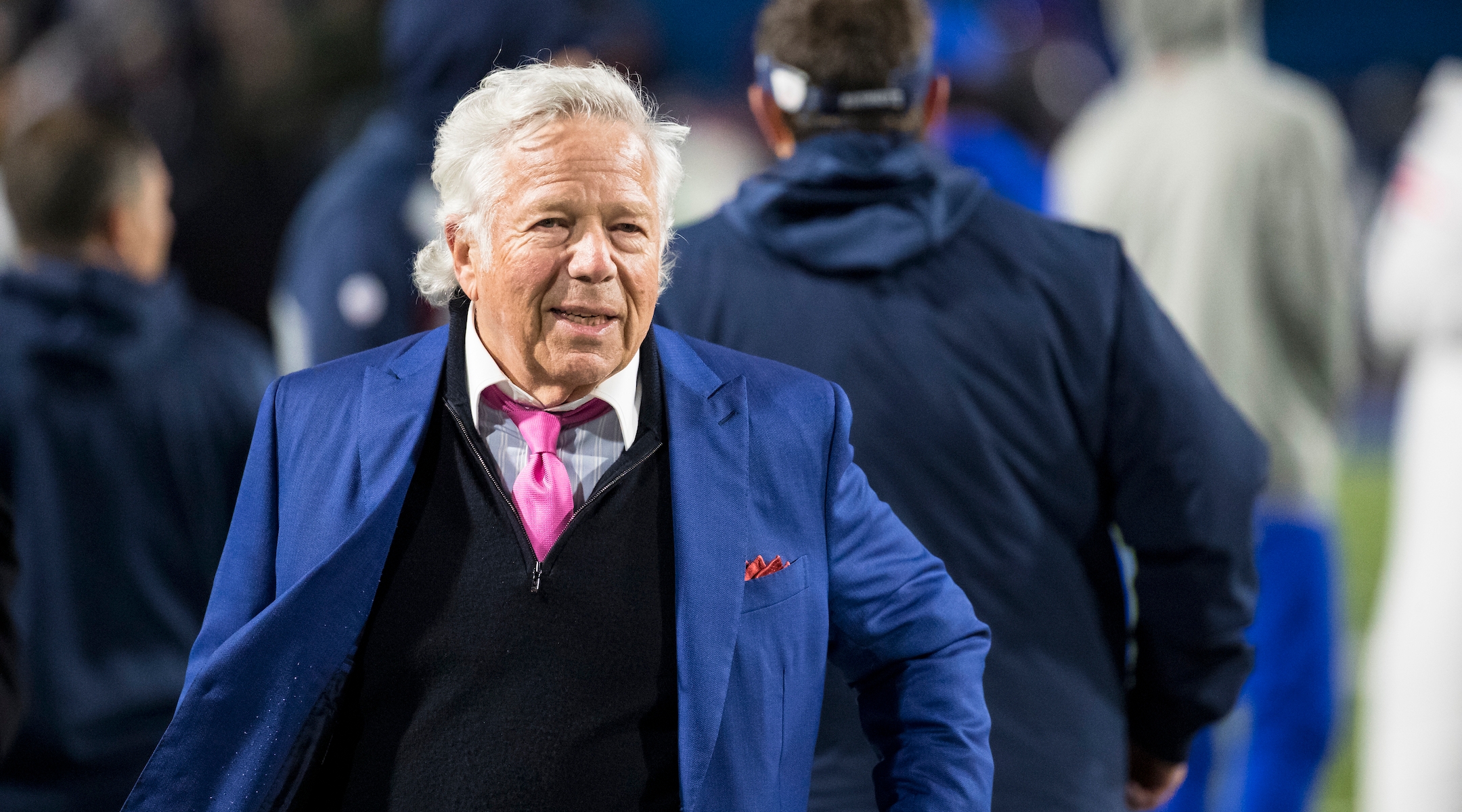 Robert Kraft walks on the field before the game between the New England Patriots and the Buffalo Bills in Orchard Park, N.Y., Oct. 29, 2018. (Brett Carlsen/Getty Images)
Advertisement

(JTA) — Comedian Martin Short, who will emcee the June event awarding Robert Kraft the Genesis Prize, recorded a video urging invitees to RSVP for the ceremony.

The brief promotional video arrived Thursday, reminding recipients that registration for the June 20 ceremony closes on May 15.

“I’ve never been to Israel, I’m not Jewish and I’m not a New England Patriots fan. So who better to have as your MC on the night when you honor Robert Kraft?” says Short, who co-starred in “Three Amigos” and was a cast member on “Saturday Night Live.”

Kraft, the 77-year-old Patriots owner and Jewish philanthropist, was charged with soliciting prostitution in February during a sting operation at a spa in Jupiter, Florida, not long after it was announced that he had been awarded the Genesis Prize, which goes to individuals for their “accomplishments and commitment to Jewish values.”

The foundation that awards the prize called the charges against Kraft “unfortunate,” but said he remained a “highly deserving” laureate for his Jewish philanthropy. The $1 million monetary award that comes with the prize will go to initiatives combating anti-Semitism and other forms of prejudice as well as attempts to delegitimize the State of Israel, the foundation said.

Kraft pleaded not guilty to misdemeanor solicitation of prostitution, but issued an apology saying he had disappointed his family, friends, co-workers and Patriots fans.

The latest twist in the story involves a tape that allegedly shows him engaging in a sexual act at the spa. Prosecutors intended to release the tape to the public, but a judge on Wednesday issued a protective order against that until at least April 29. That’s the day a ruling will be issued in regard to two women charged with running and benefiting from the prostitution network that was the target of the sting.

Last year’s winner of the Genesis Prize, Natalie Portman, also caused controversy by refusing to attend the prize ceremony in Jerusalem in protest against Israeli Prime Minister Benjamin Netanyahu, who awards the prize.