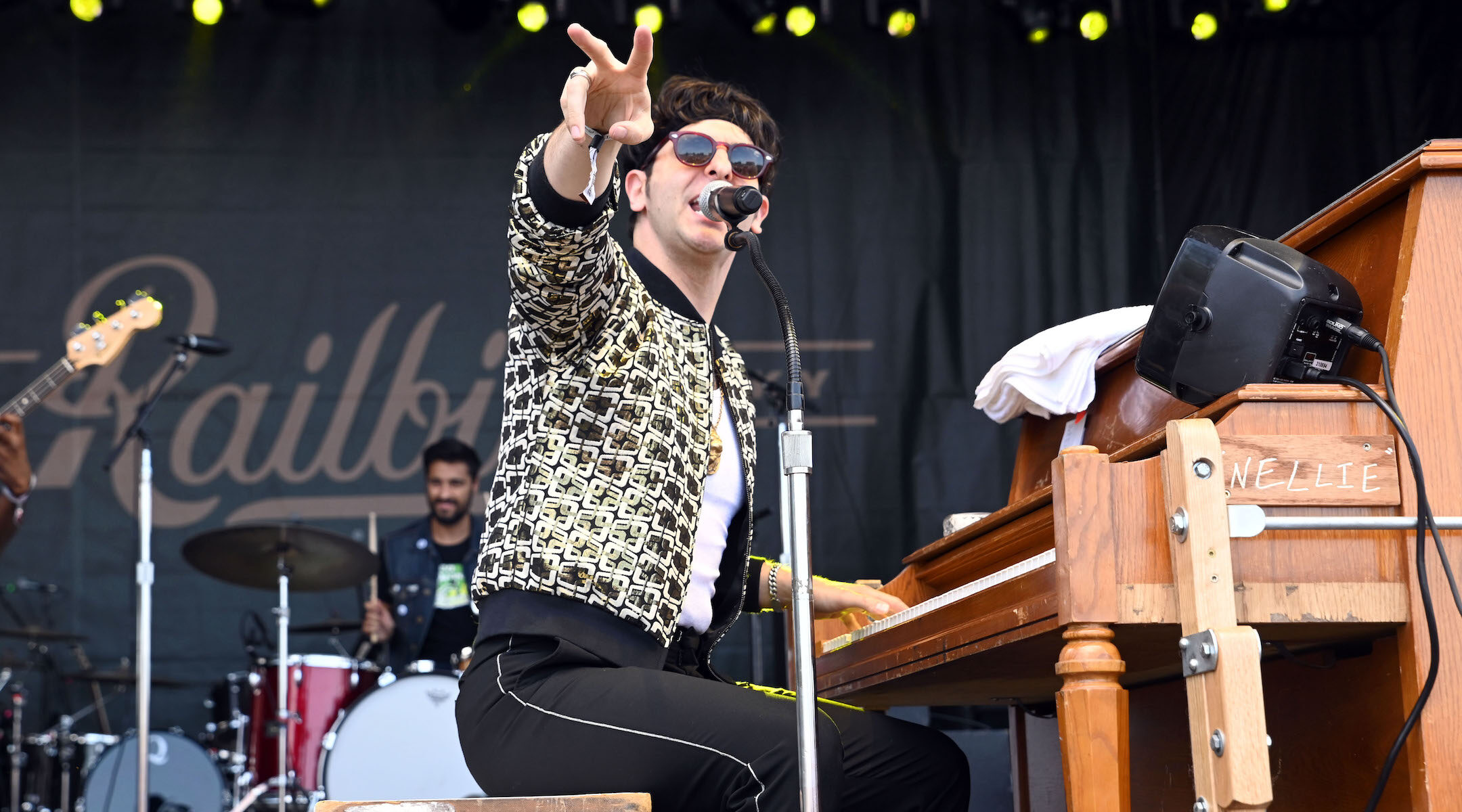 (JTA) — Some of the most enduring Christmas songs were written by Jews. Now Jewish rocker Adam Weiner has added a new song to the mix, and if “Christmas Makes Me Cry” doesn’t turn out to be canon, it’s at least very 2020.

Weiner, of the indie band Low Cut Connie, has “all kinds of mixed feelings about the Christmas season,” as he told NPR. He wrote a song about it for the NPR Morning Edition Song Project that was released on Wednesday.

The title gives away that it’s not a typically cheery Christmas tune. Weiner didn’t tell NPR that the season depresses him because he feels left out as a Jew — it makes him feel lonely in general. Add the tragedy of the pandemic this year, and it’s difficult to keep up the happy holiday facade.

“To me, the good aspect of the holidays is increased sympathy. It’s a time when, suddenly, people become more altruistic, more neighborly. And then it fades. That always bothered me. But, here we are, during a global pandemic. Everybody is going through something, and everybody is feeling isolated, and everybody has experienced some form of grief,” he said.

Weiner hails from Cherry Hill, New Jersey, where he used to get “lost” in the religious songs at his temple, Congregation Beth El, as he told the Jewish Community Voice of Southern New Jersey in 2018. Particularly those sung by his childhood cantor.

“If I’m being honest, I think he was a big part of my musical youth,” Weiner said. “His voice was very soulful in a particularly Jewish way that I think really seeped into my consciousness. It felt like pure spirit.”

He also called himself “extremely Jewy” in a 2016 interview with the Jewish Exponent of Philadelphia, which took place just after then-President Barack Obama chose a Low Cut Connie song for his annual playlist.

Listen to his addition to the Jewish and Christmas holiday song canons below or here.