This brother vowed he would bring a llama to his sister’s wedding. And he did — wearing a tuxedo and kippah. 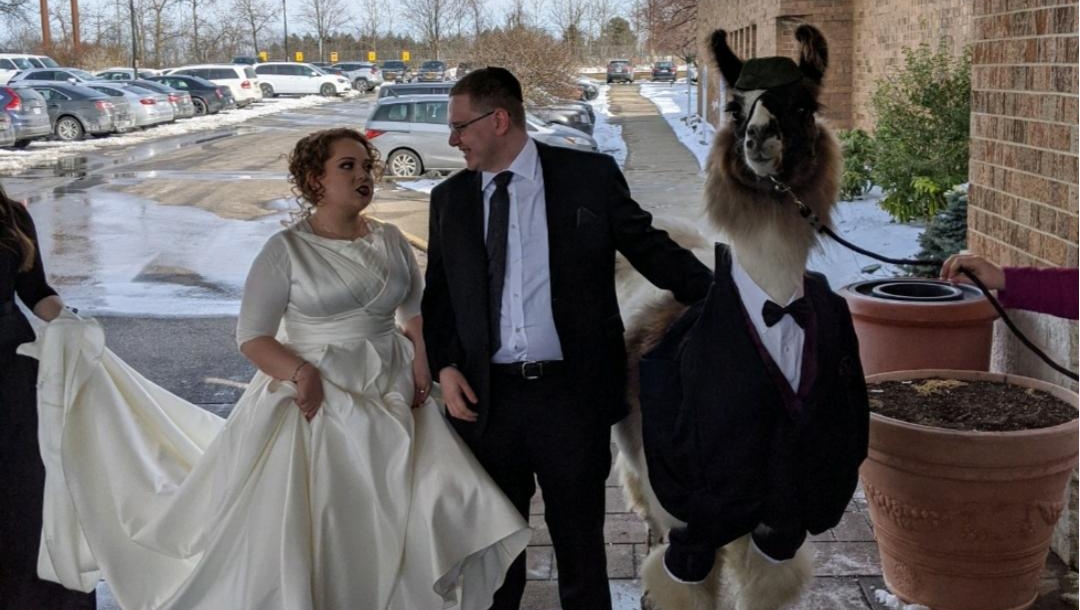 Mendl Weinstock and his sister Riva posing for a picture with Shocky the llama in Cleveland, Ohio on March 1, 2020. (Courtesy of Mendl Weinstock)
Advertisement

(JTA) — A Jewish man from Cleveland, Ohio, brought a llama wearing a tuxedo and a kippah to his sister’s wedding, following through on a 5-year-old vow.

Mendl Weinstock arrived with Shocky the llama, which he rented from a llama farm, on Sunday to the wedding of his older sister Riva.

Mendl told Riva five years ago, when she wasn’t even dating, that he would bring a llama to her wedding to tease her over how often she spoke about getting married, he told Insider in an interview for an article that was published Tuesday.

“She tried to use reverse psychology on me and said, ‘OK, the llama is invited to the wedding,'” he said.

Riva was engaged in October, and Mendl told her that he intends to hold her to her words.

And he made sure she remembered.

“He has been torturing me with this, in good fun, and has been reminding me of this probably twice a week for the last five years,” Riva told Insider. “I have tried striking so many deals, I have tried doing literally everything possible to make sure it didn’t happen, and lo and behold, there was a llama at my wedding.”

Mendl had the tuxedo and kippah specially made for his guest.

A photo of brother and sister near the animal shows Mendl smiling in Riva’s direction while placing his left hand on the llama. Riva looks at him angrily. The llama is the only subject facing the camera.

The photo received more than 156,000 interactions on Reddit and attracted more than 3,600 comments.