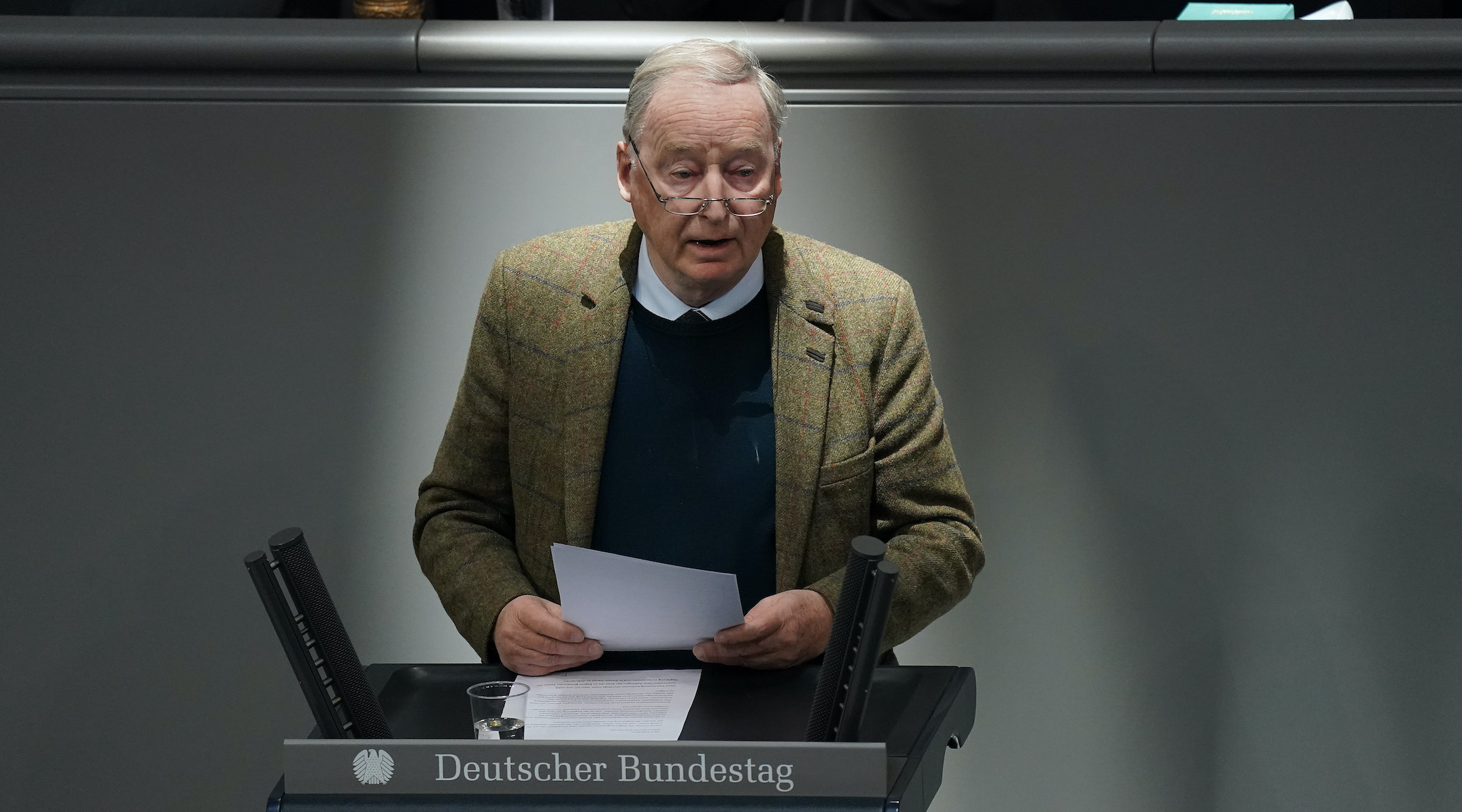 BERLIN (JTA) – The same far-right politician in Germany who called the Nazi era mere “bird shit” in 1,000 years of German history said the day of the Nazis’ World War II surrender should not be turned into a public holiday, as per a proposal from the head of the Auschwitz Committee in Germany.

The statement by Alexander Gauland, who heads the anti-immigrant Alternative for Germany faction in the Bundestag, has drawn sharp criticism from Jewish leaders and mainstream politicians in Germany.

Asked his opinion on the holiday proposal, Gauland told the German news agency RND that Nazi Germany’s unconditional surrender on May 8, 1945, was not viewed in the same way by all Germans.

“For concentration camp inmates it was a day of liberation. But it was also a day of total defeat, a day when large parts of Germany were lost, a day when opportunities to shape the future were lost,” he said Wednesday.

“Women who were raped in Berlin” after the defeat “would see things very differently from concentration camp prisoners,” Gauland continued, referring to accounts of criminal excesses by Soviet soldiers.

Josef Schuster, head of the Central Council of Jews in Germany, told the New Osnabruck Times that the comment resembled those often heard from neo-Nazis who consider Germans the biggest victims of the war, and was “a distortion and relativization of Nazi crimes and irresponsible.”

Given Gauland’s past statements relativizing the Holocaust, his comments were “no surprise,” former Central Council head Charlotte Knobloch said in a statement.

But “for most people in Germany it is clear: May 8, the day of the defeat of the Nazi regime, is an occasion for joy and gratitude,” she said. “It was the day that made freedom and democracy in Germany possible again.”

The Auschwitz Committee head, Esther Bejarano, has urged Chancellor Angela Merkel and President Frank-Walter Steinmeier to turn the day into a national holiday. Berlin is observing the day for the first time.

Gauland, whose party has had more electoral success than any right-wing party in postwar Germany, made the “bird shit” comment two years ago. And in 2017, he said it was high time that Germany stopped feeling guilty about the past.