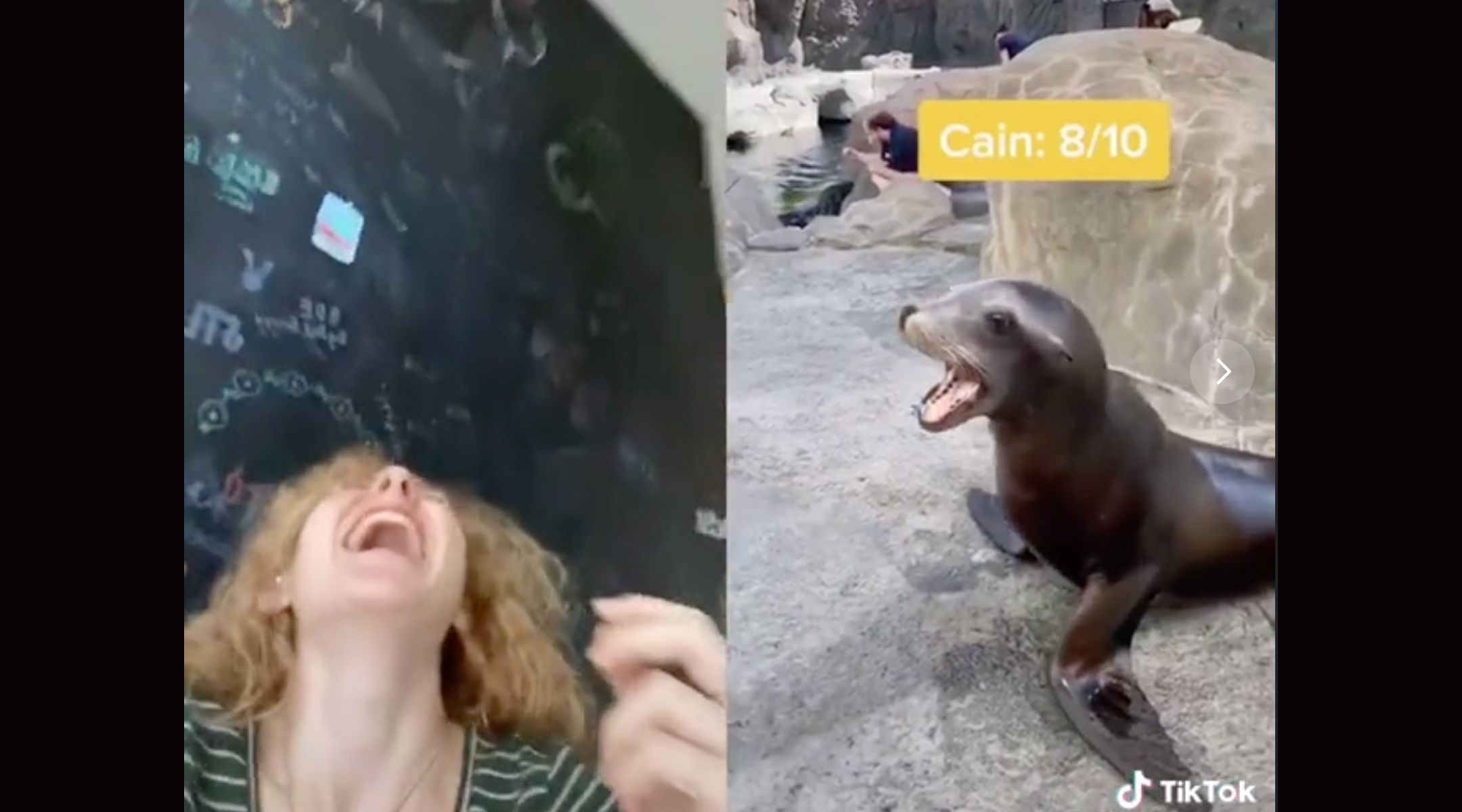 (JTA) — Now that it’s Elul, the month that precedes Rosh Hashanah, the Jewish world is filling with the sounds of the shofar. But what about Sea World?

A viral video combining the call of sea lions with the blasts of the shofar suggests one answer.

“I’ve been thinking about this all day and I just have to do it, I have to, I have to,” the video’s creator, a teenaged TikTok user named Mallory Palmer, says in the clip.

Palmer then calls “tekiah,” one of the traditional shofar sounds — but instead of a shofar responding, a sea lion delivers a single call that could fit right in during Rosh Hashanah services.

Laughing, Palmer continues on to “shevarim,” and the sea lion responds with the staccato sounds of the nine-note blast (actually the “teruah” call, but who’s counting). For “tekiah gedolah,” the extended tone that concludes the shofar service, multiple seals offer their call at once.

“i know that the sounds aren’t PERFECT but still. happy rosh hashanah!” Palmer wrote. The mashup has gone semi-viral, with nearly 72,000 views five days after Palmer posted it.

But Palmer — who has created some far more popular clips on TikTok — suggested in a post that people looking for more Jewish content ought not follow her, as she mostly posts about a fantasy series about teen wizards.

“This is my formal apology to my Jewish following,” she wrote on a post set to a song combining Nikki Minaj’s “Super Bass” and Hava Nagilah. “I know you followed me for Jewish memes but unfortunately this is a Percy Jackson account.”