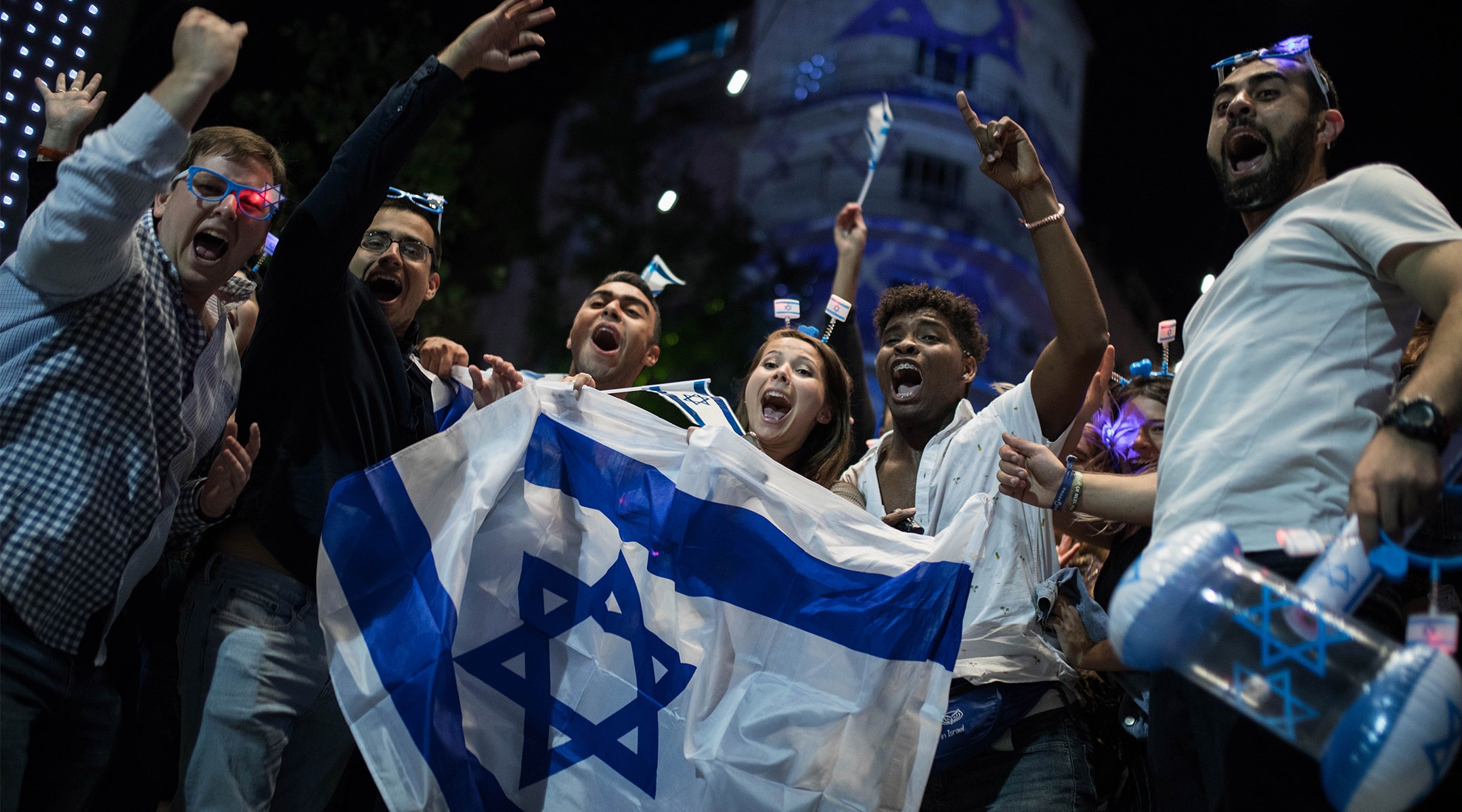 Israelis display their nation's flag as they revel in Independence Day celebrations, May 8, 2019. (Hadas Parush/Flash90)
Advertisement

(JTA) — Fourteen people have been selected to light the symbolic torches at this year’s Israel Independence Day ceremony on Wednesday night, according to Israeli news site Maariv.

The ceremony, in which 12 torches are lit to symbolize the 12 tribes of Israel, traditionally marks the transition between Israel’s day of remembrance for fallen soldiers and Independence Day marking the country’s founding in 1948.

Among those who are being honored as torchbearers are Ofri Butbul, an 18-year-old Israeli who saved the life of an elderly man she had gotten to know as a volunteer with a nonprofit organization, as well as Yaish Giat, a 102-year-old Yemenite Torah scholar who owns a spice shop and sells natural medicines.

A committee chooses the torchbearers, who are approved by Israel’s sports and culture ministers.

Giat was surprised to hear he had been chosen for the honor.

“People say it is a great honor. I do not know,” he told Ynet, according to The Times of Israel. “When I raise the torch I will wish that our nation love one another, that people will respect one another for the benefit of the Land of Israel.”

This year’s Diaspora representative, a recognition introduced in 2017, will go to Gabriela Sztrigler Lew, a volunteer from Mexico who turns 20 this week. Lew has participated in more than 10 humanitarian missions with the Shalom Corps, an organization run by Israel’s Ministry of Diaspora Affairs and the Jewish Agency, and assisting Holocaust survivors during the pandemic.

Also included in the group are three Israeli health care workers who have worked throughout the COVID pandemic, as well as a police officer who immigrated to Israel from Ethiopia as a child and organized food distribution for Ethiopian Israelis struggling during the pandemic.