Thousands protest US flip on settlements in Palestinian Day of Rage 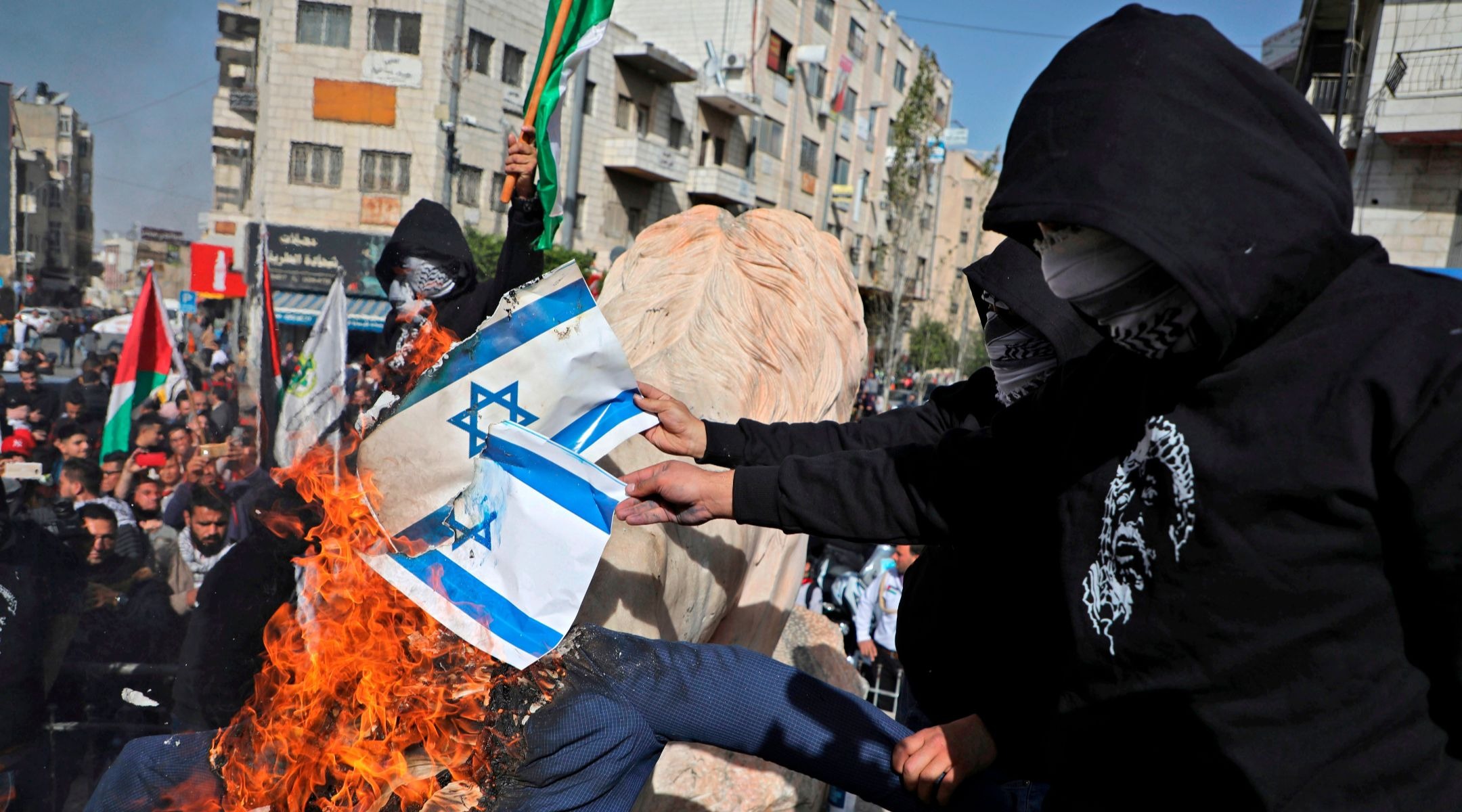 Palestinian protesters set alight an effigy of President Donald Trump and burn Israeli flags in the West Bank city of Ramallah on Nov. 26, 2019 during a pre-planned Day of Rage against the U.S. announcement that it no longer considers Jewish settlements to be illegal. (Abbas Momani/AFP via Getty Images)
Advertisement

JERUSALEM (JTA) — Thousands of Palestinians demonstrated Tuesday across the West Bank in a planned Day of Rage to protest the U.S.  announcement that it no longer considers Jewish settlements to be illegal.

The Day of Rage was called by the ruling Fatah Party of Palestinian Authority President Mahmoud Abbas.

The protesters threw rocks and burning tires at Israeli troops, and set afire posters of President Donald Trump as well as Israeli and American flags. The troops used non-lethal riot dispersal methods, including tear gas and rubber bullets, according to the Israeli military.

The most contentious demonstrations took place in the village of Abu Dis in Jerusalem; Rachel’s Tomb near Bethlehem; a traffic junction near the city of Ramallah; and the cities of Hebron and Tulkarem.

Schoolchildren were dismissed early so they could participate in the demonstrations with their parents, Haaretz reported.

Secretary of State Mike Pompeo made the announcement earlier this month that the United States will no longer consider Israeli Jewish settlements in the West Bank to be illegal.