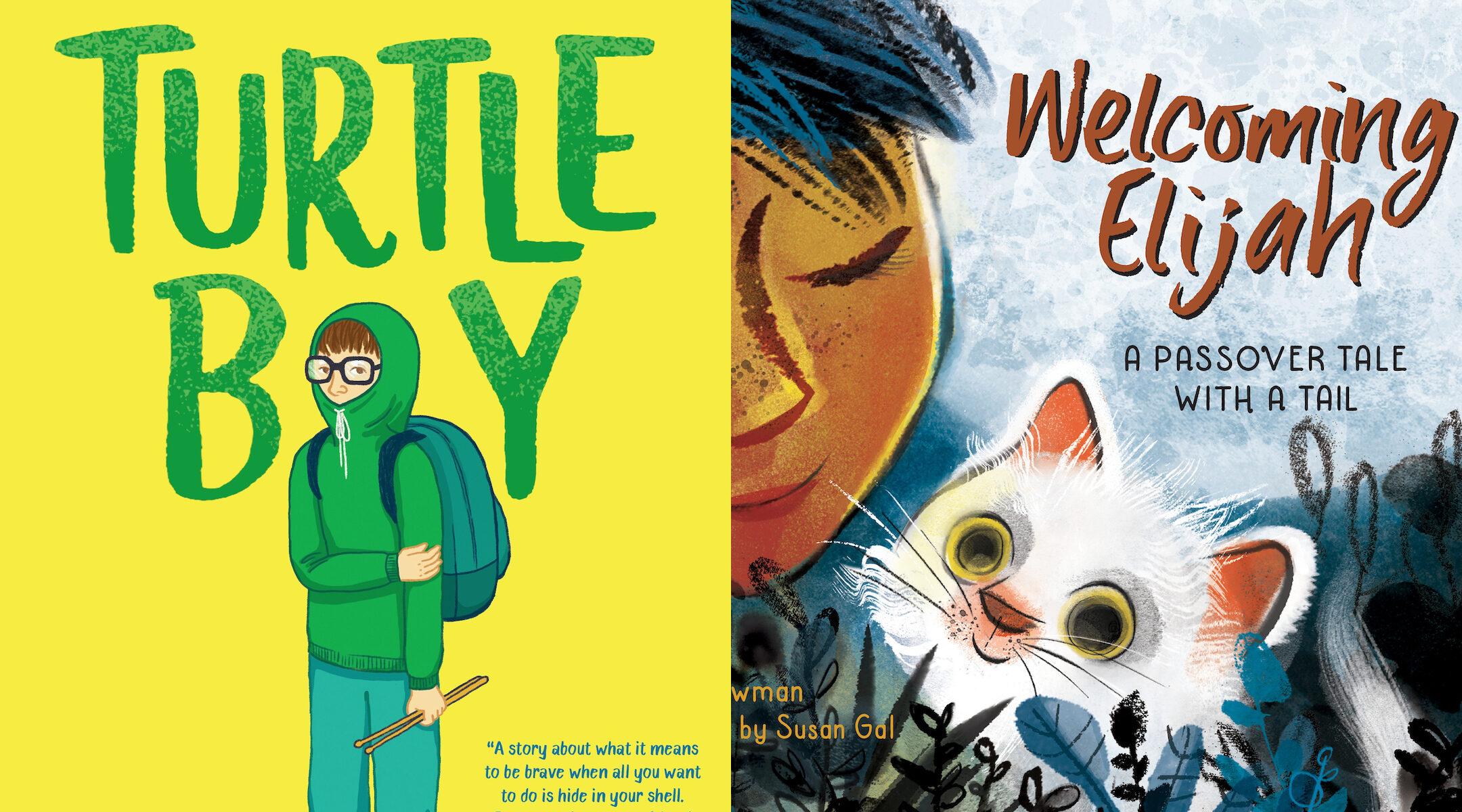 The awards, given by the Association of Jewish Libraries, were announced Monday at the American Library Association’s midwinter meeting as part of the ALA’s Youth Media Awards ceremony. The ALA conference was held remotely due to the pandemic.

In “Welcoming Elijah: A Passover Tale with a Tail,” by Leslea Newman and illustrated by Susan Gal, a young boy celebrating a Passover Seder with his family is united with a lonely kitten shivering at his doorstep on a cold, windy night. The lyrically written story, echoing with the holiday’s theme of welcoming strangers, won in the picture-book category.

Newman is the award-winning author of more than 70 books, including the trailblazing “Heather Has Two Mommies” and “Gittel’s Journey.”

“Turtle Boy,” by M. Evan Wolkenstein, won in the category for middle grades. In this stirring work, seventh-grader Will Levine is a shy loner paired for his bar mitzvah project with a terminally ill hospitalized teen longing for adventure. Kveller, a sister site of the Jewish Telegraphic Agency, described the book as a “marvelous coming-of-age story about bravery and the redemptive power of friendship,” and finding meaning in Jewish ritual.

In the young adult category, the top prize went to “Dancing to the Pity Party,” by Tyler Feder. The critically acclaimed graphic-style memoir explores the loss and grief following the death of Feder’s mother. It’s funny and sad, according to Rebecca Levitan, chair of the Sydney Taylor Award Committee, who in a news release described the book as a “singular achievement.”

The Sydney Taylor Book Awards honor books for children and teens that exemplify “high literary standards while authentically portraying the Jewish experience.” They are named in memory of the author of the mid-20th century series “All-of-a-Kind-Family.”

The winners will receive their awards at the Association of Jewish Libraries’ annual conference, which this year will be held remotely at the end of June.