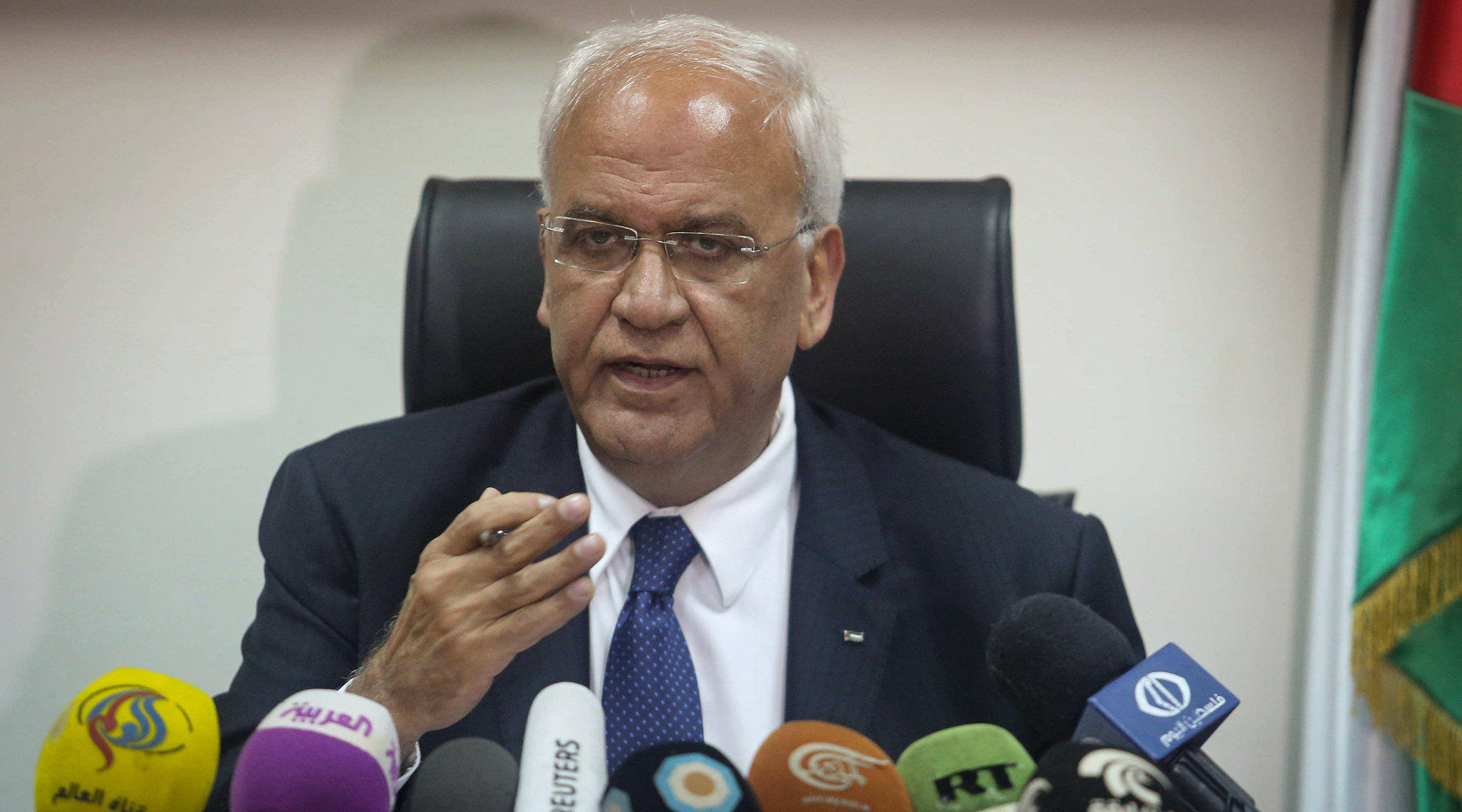 (JTA) — Saeb Erekat is in “critical” condition at an Israeli hospital after being diagnosed with COVID-19.

Erekat, who has served as the chief negotiator for the Palestinian Liberation Organization for decades, was admitted to Hadassah Ein Kerem in Jerusalem on Sunday after a Palestinian Authority request.

“Because of the chronic health problems in Erekat’s respiratory system, he is being transferred to a hospital in the 1948 areas [Israel], because his condition requires special medical attention and supervision,” the PLO Negotiation Affairs department said in a Sunday statement, according to the Times of Israel.

Erekat, who was diagnosed with COVID-19 earlier this month, is considered especially vulnerable because he received a lung transplant in 2017.

The Palestinian Authority cut ties with Israel and the United States in February after rejecting the peace plan presented by U.S. President Donald Trump, with Palestinian leader Mahmoud Abbas calling it a “disgrace.”