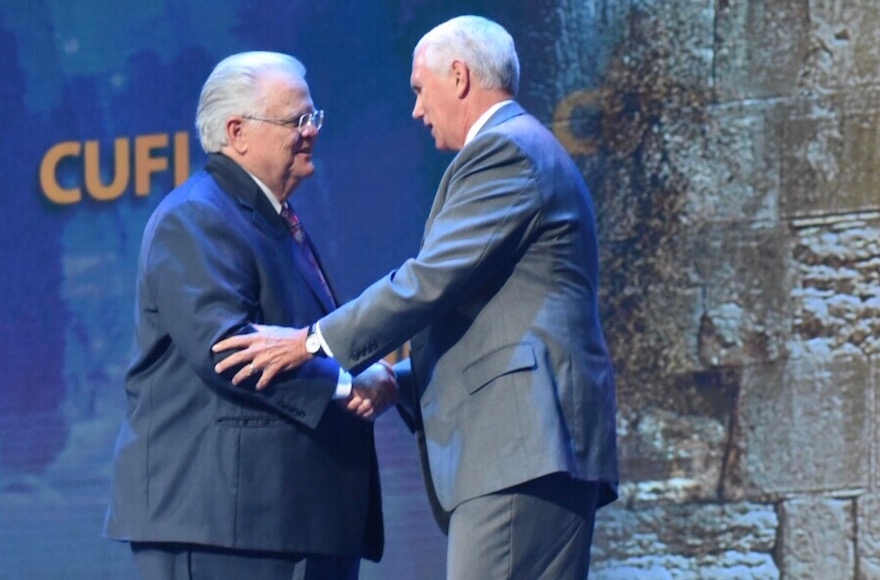 Pence, Pompeo, Bolton as well as ambassador to Israel David Friedman and Jason Greenblatt, the top U.S. Middle East negotiator, will speak Monday and Tuesday at the conference taking place in Washington D.C. Such a broad array of top senior foreign policy and security officials is rare for pro-Israel groups.

Trump has on multiple occasions noted that the pro-Israel evangelical community has shown the most appreciation for his Israel-related actions, including moving the U.S. embassy to Jerusalem, defunding the Palestinians, pulling out of the Iran nuclear deal, and recognizing Israeli sovereignty over the Golan Heights. He routinely gets applause at his rallies when he mentions the Jerusalem move.

Other notable speakers at the CUFI conference are Malcolm Hoenlein, the executive vice president of the Conference of Presidents of Major American Jewish Organizations; Mariano Rivera, a former New York Yankees pitcher who is now an ordained pastor; and an array of Republicans from the U.S. House of Representatives and the Senate. No Democrats appear on the schedule.