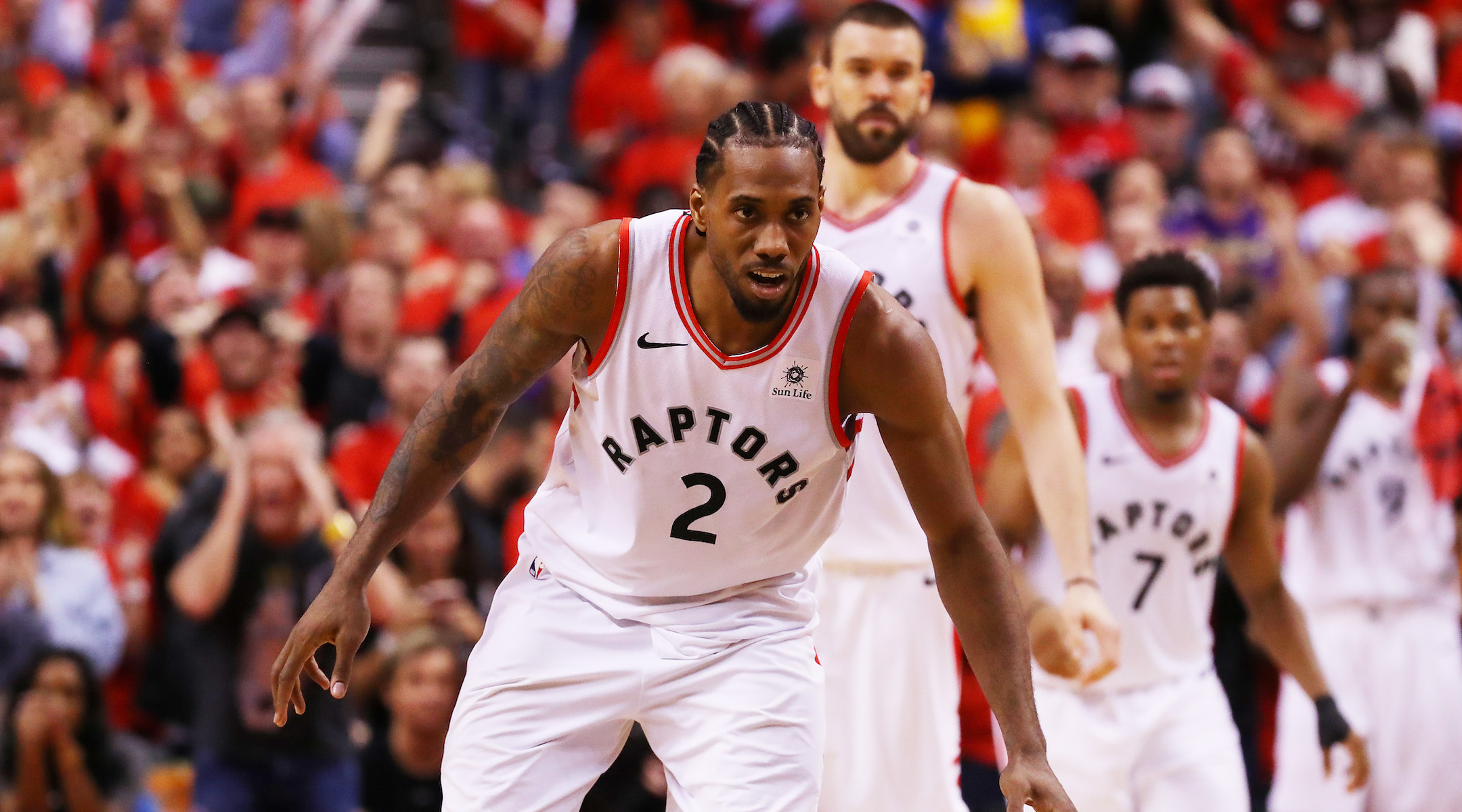 (JTA) — The Toronto Raptors are one win away from the NBA championship — and a free trip to Israel.

The team’s Jewish billionaire co-owner, Larry Tanenbaum, said he will bring the club to visit if it wins the title.

The Raptors are up 3 games to 1 in the best-of-7 Finals over the two-time defending champion Golden State Warriors. But the Canadian squad could not seal the deal at home in Game 5 on Tuesday, losing by a point, and must win either at Golden State on Thursday in San Francisco or at home in the decider to take the basketball crown.

Israel’s Sport 5 reported last week that during a low-key visit to Israel in April, Tanenbaum told several people he met in the Jewish state that “If we win the NBA championship, I will come with the Toronto Raptors to visit the Holy Land.”

Tanenbaum is active and philanthropic in the local Jewish community and was a founder of the Centre for Israel and Jewish Affairs.

He made his fortune in construction and investments, and serves as CEO of the Toronto-based Kilmer Van Nostrand Co. Ltd., a civil engineering construction company. His net worth is estimated at about $1.53 billion.