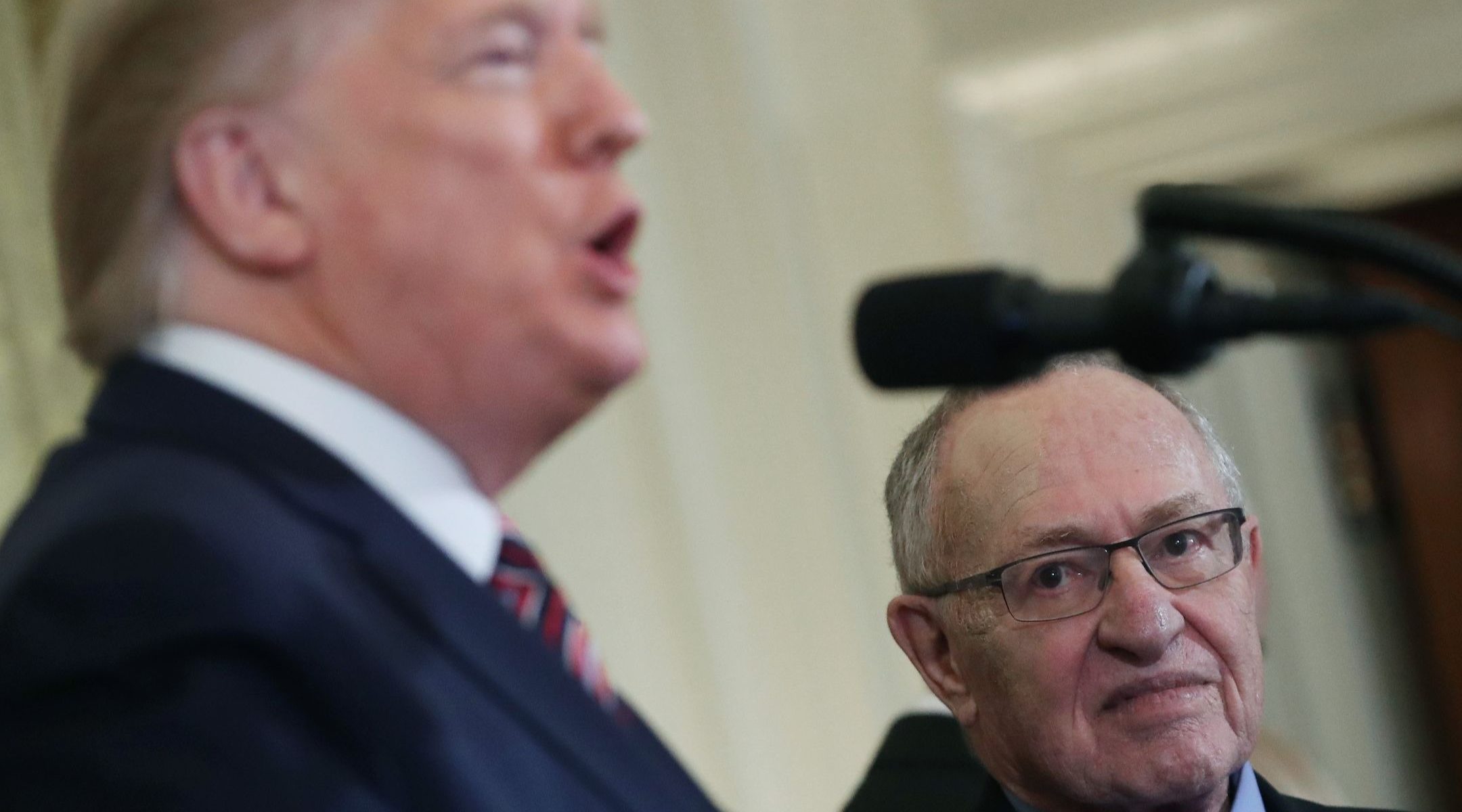 The team is led by Pat Cipollone, the White House counsel, and Jay Sekulow, Trump’s personal lawyer. Also joining is Ken Starr, who as an independent counsel led the impeachment proceedings against President Bill Clinton in the late 1990s.

Dershowitz, although he was not part of Clinton’s defense team, robustly defended the president in opinion pieces and on television during Starr’s proceedings. Now they will be on the same team.

“While Professor Dershowitz is nonpartisan when it comes to the Constitution — he opposed the impeachment of President Bill Clinton and voted for Hillary Clinton — he believes the issues at stake go to the heart of our enduring Constitution,” the statement said.

Dershowitz, a Harvard law professor and author, is a prominent defender of Israel and has consulted with Trump on his Israel policy. He has appeared on cable news as a defender of Trump during the recent impeachment crisis and is often touted by Trump defenders as a liberal who is defending a conservative president on principle.

Speaking later on the Dan Abrams show on Sirius XM, Dershowitz downplayed his role. “I will be there for one hour, basically, presenting my argument,” he said. “But I’m not a full-fledged member of the defense team in any realistic sense of that term.”

The U.S. House of Representatives impeached Trump last month on charges of abuse of power and obstruction of Congress stemming from his pressure last year on Ukraine to launch an investigation into his political rival, former Vice President Joe Biden. The Senate trial began this week.