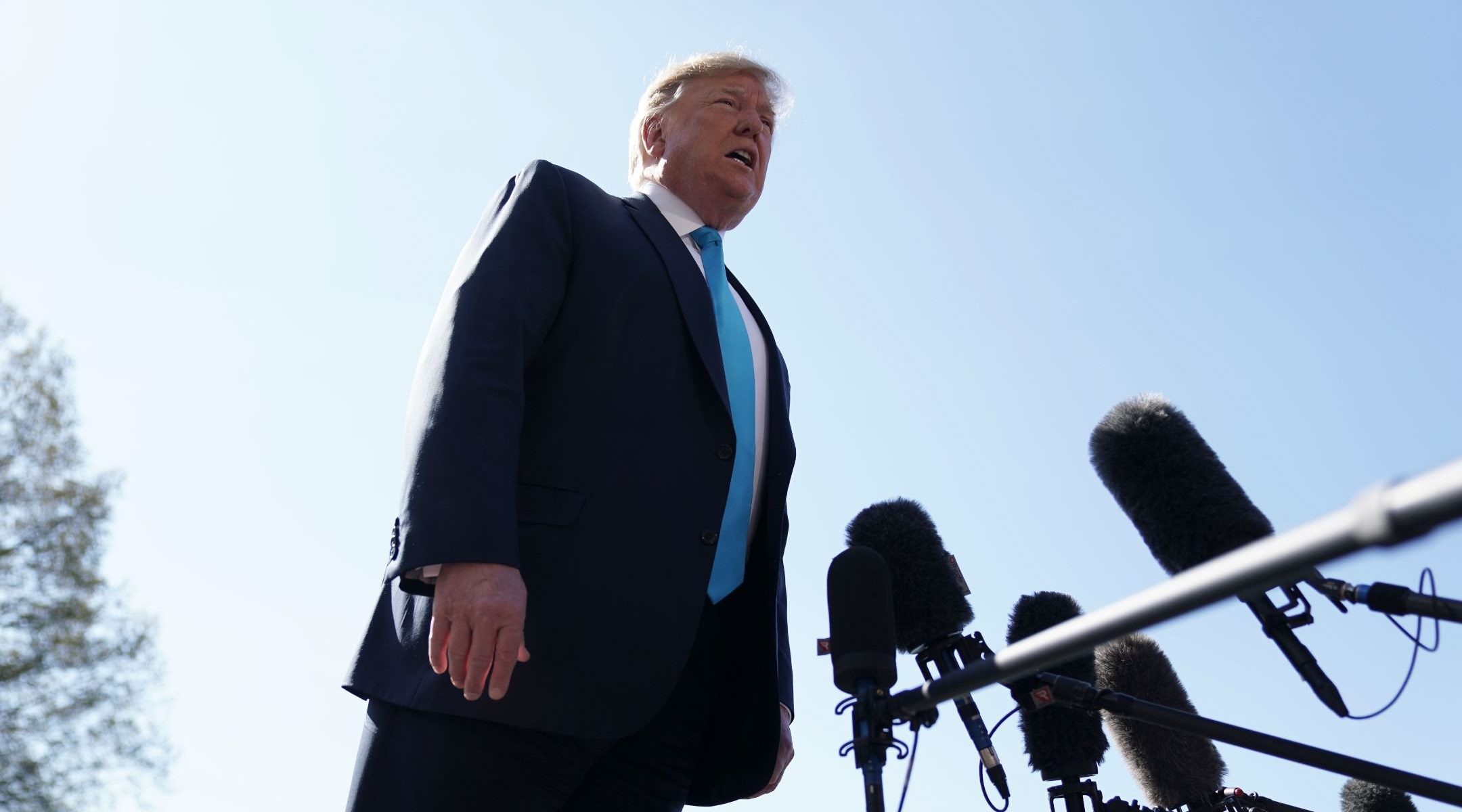 WASHINGTON (JTA) — President Donald Trump congratulated Benjamin Netanyahu on his re-election as Israeli prime minister and said it paved the way for peace in the Middle East.

“I’d like to congratulate Bibi Netanyahu,” was the first thing Trump said Wednesday as he approached a gaggle of reporters on the White House lawn. “It looks like that race has been won by him, it may be a little early, but I’m hearing he won it and won it in good fashion.”

Netanyahu narrowly defeated Benny Gantz, the leader of the new centrist Blue and White party, in the elections held Tuesday. Trump made no secret that he favored Netanyahu in the election. Among other boosts, Trump invited Netanyahu to the White House for a ceremony marking U.S. recognition of Israeli sovereignty over the Golan Heights.

Another Trump administration action seen as favoring Netanyahu was delaying the release of its Israeli-Palestinian peace plan, which might include difficult concessions for Israel, until after Israel’s election. Trump appeared ready to push ahead with the peace plan now.

“Everybody said you can’t have peace in the Middle East with Israel and the Palestinians,” the president said. “I think we have a chance. I think we have now a better chance with Bibi having won.”