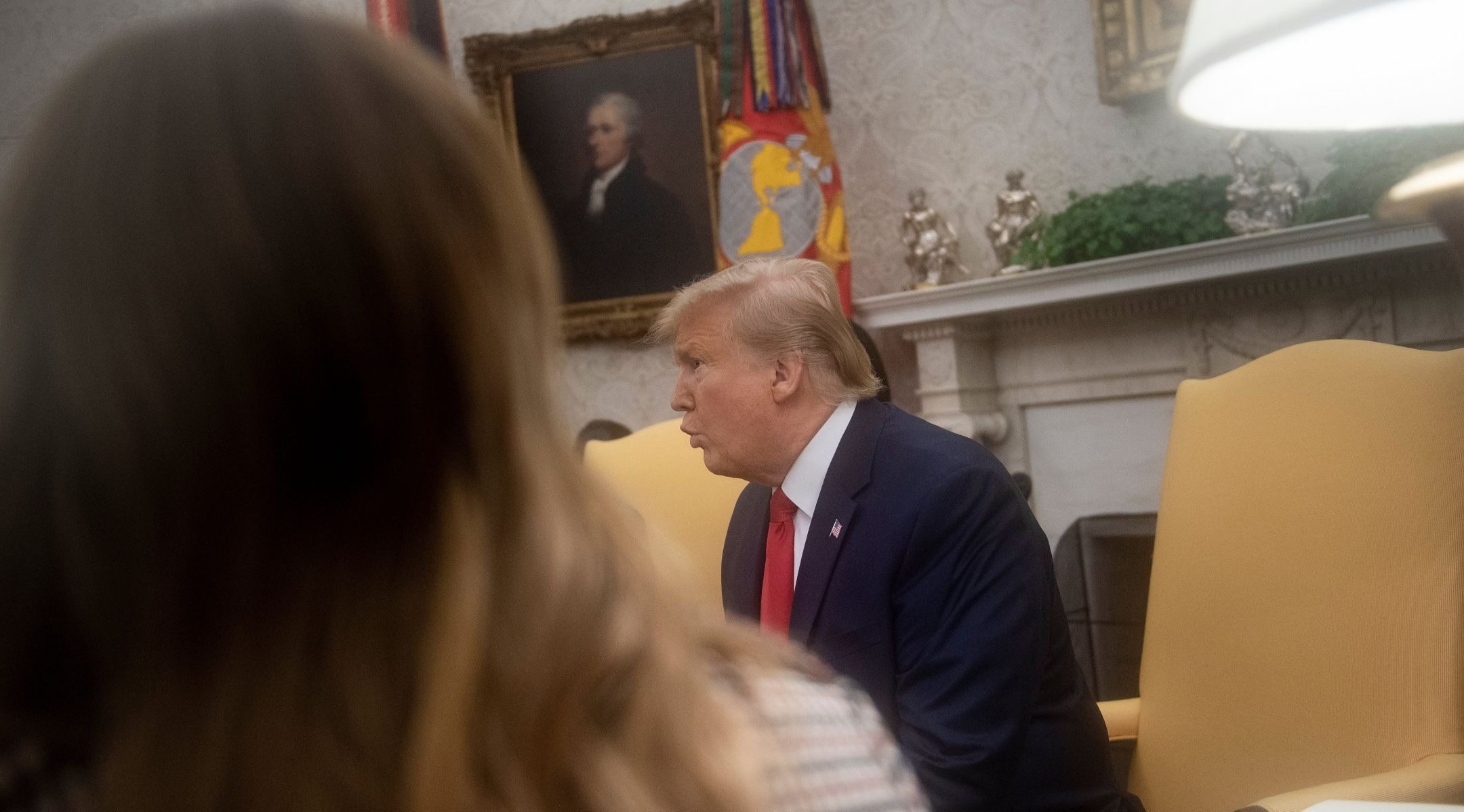 President Donald Trump speaks before a meeting with Guatemalan President Jimmy Morales in the Oval Office of the White House, Dec. 17, 2019. First lady Melania Trump is in the foreground. (Brendan Smialowski/AFP via Getty Images)
Advertisement

WASHINGTON (JTA) — President Donald Trump named recognizing Israel’s claim to Jerusalem as its capital and its sovereignty over the Golan Heights as accomplishments in a letter to House Speaker Nancy Pelosi protesting impeachment proceedings.

Trump’s six-page letter sent Tuesday to Pelosi, D-Calif., called the impeachment proceedings “an unprecedented and unconstitutional abuse of powers by Democrat (sic) lawmakers unequaled in nearly two and a half centuries of American legislative history.”

He proceeds to deny allegations that he abused power and obstructed Congress in a scandal stemming from his request that Ukraine investigate a political rival, former Vice President Joe Biden, while withholding congressionally mandated defense assistance from the country.

The U.S. House of Representatives is due to vote Wednesday on the impeachment charges. Trump is likely to be impeached by the Democratic majority chamber.

In a long paragraph listing his purported accomplishments as president, he includes “recognition of Israel’s capital, opening the American Embassy in Jerusalem, and recognizing Israeli sovereignty over the Golan Heights.”

The letter, packed with emotional language, also attacked Pelosi and others personally, accusing them of lying.

“You are offending Americans of faith when you continuously say ‘I pray for the President,’ when you know that this is not true,” Trump wrote.