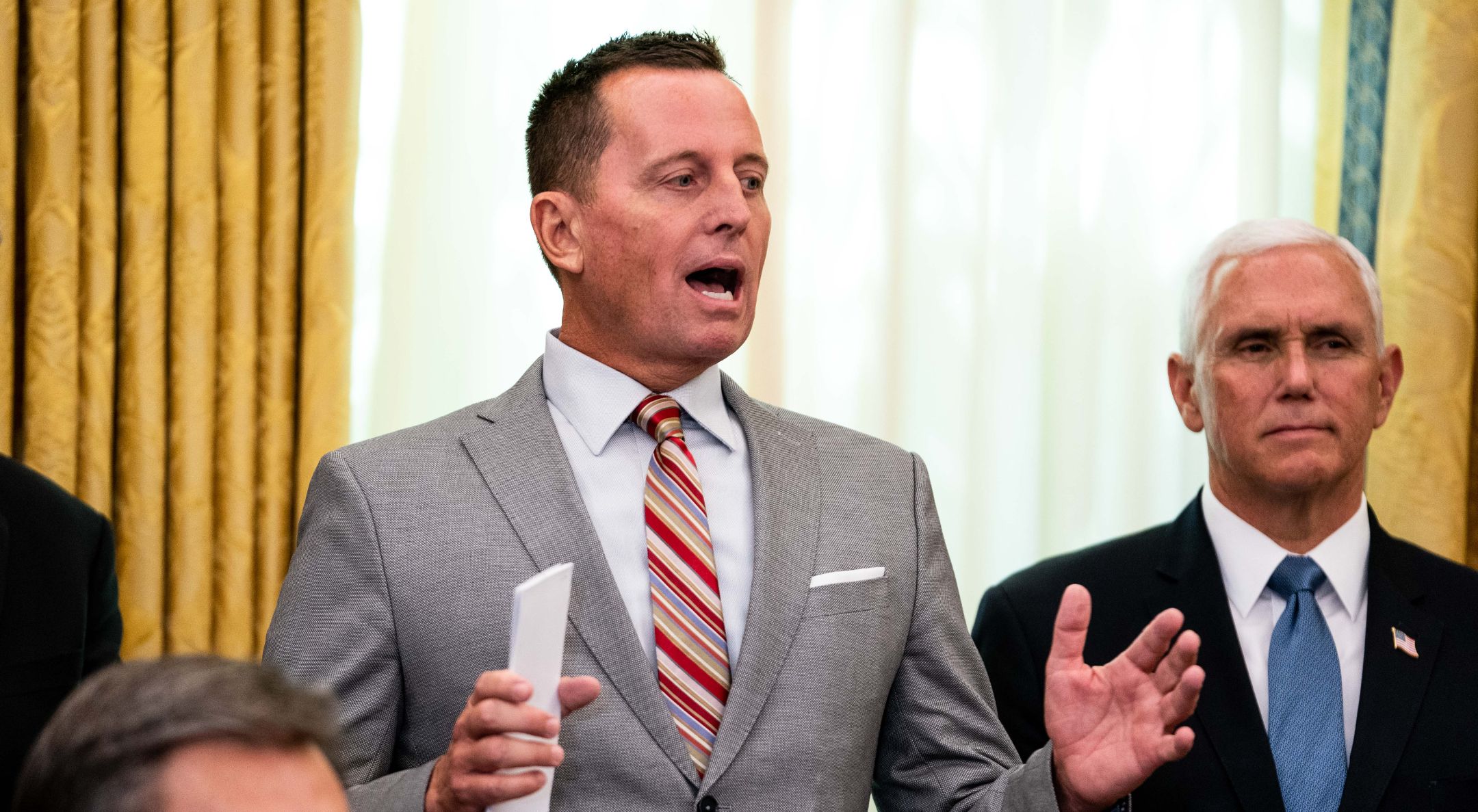 WASHINGTON (JTA) — Among the last-minute rush of presidential appointments ahead of Donald Trump’s departure from office is Richard Grenell, a former ambassador to Germany and outspoken Israel advocate, to the U.S. Holocaust Memorial Museum council.

Grenell, who also has been outspoken in his efforts to isolate Iran, was among three people Trump named Monday to the council. The other two are Martin Oliner, the vice president of the American Zionist movement who has penned a number of pro-Trump op-eds, and Susan Levine of Arizona, who has been a major donor to the museum.

Grenell had been close to the pro-Israel community since his George W. Bush stint as spokesman for the U.S. mission to the United Nations.

As ambassador to Germany, a stint he assumed in 2018, one of Grenell’s first acts was to aggressively press Germany and Europe to enhance sanctions on Iran and its proxies. He also played a role in deporting to Germany an alleged Nazi war criminal.

Grenell drew criticism, however, from the German establishment — and from figures in the country’s Jewish community — for lauding the rise of the “anti-establishment” right in Germany and Europe. “Anti-establishment” was seen as a euphemism for hypernationalist right-wing parties that have engaged in apologetics about Europe’s anti-Jewish past.

Grenell subsequently served as Trump’s acting director of national intelligence. He also praised Trump for his decision last summer to use force to disperse peaceful crowds demonstrating outside the White House ahead of a photo op, and has joined those claiming without evidence that there was widespread fraud in the presidential election.

The late rush to fill appointments is seen in part as a bid by the outgoing president to hobble his successor, Joe Biden. Among other appointments on Monday, Trump named Ezra Cohen-Watnick chairman of the Public Interest Declassification Board, the body that advises the president on declassification policy. Cohen-Watnick was previously involved in attempts to back Trump’s false claims that his White House predecessor, Barack Obama, sought to wiretap Trump.