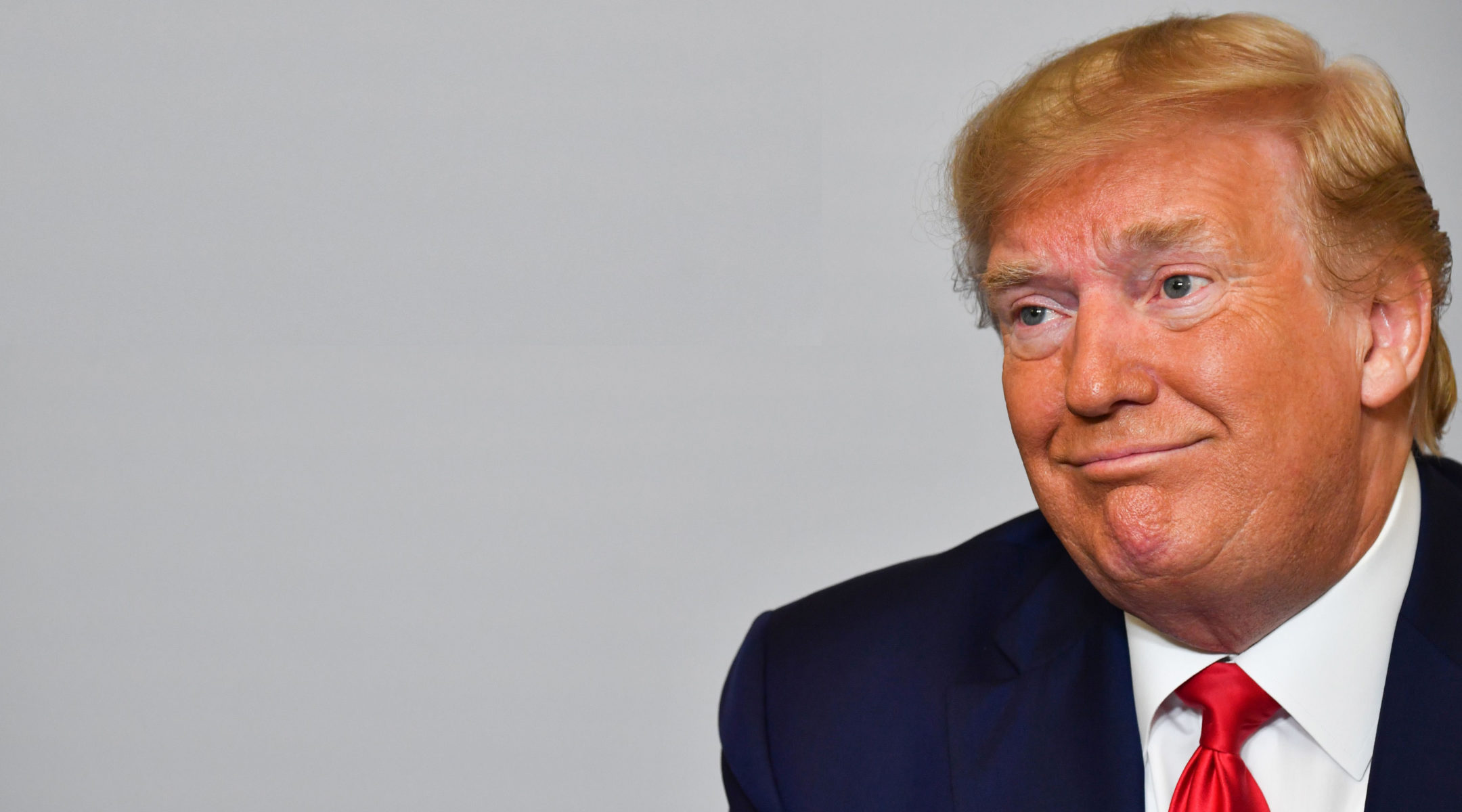 President Donald Trump is the target of an impeachment inquiry in the House in the aftermath of a controversial phone call to Ukraine's president. (Nicholas Kamm / AFP)
Advertisement

(JTA) — President Donald Trump pressed his Ukrainian counterpart to investigate former vice president Joe Biden and his son during a phone call between the two leaders, according to a transcript released Wednesday by the White House.

During the July 25 call, Trump asked the recently elected Volodymyr Zelensky, who is Jewish, to look into allegations that Hunter Biden engaged in illegal behavior while serving on the board of a Ukrainian firm that was being probed for corruption. Joe Biden is leading in the polls among the Democratic presidential candidates for 2020.

There is no evidence that the younger Biden engaged in any illegal activity. Trump’s personal attorney, former New York mayor Rudy Giuliani, has been pushing the Ukrainians to investigate the Bidens for several months.

Giuliani and Trump have both claimed that Joe Biden was attempting to protect his son when he joined with other world leaders to demand the ouster of the then-Ukrainian top prosecutor, Viktor Shokin, who was widely seen as corrupt himself.

During the course of the call, Trump repeatedly reiterated that he would have Giuliani and U.S. Attorney General William Barr call him in the future.

Trump’s decision to ask a leader of a foreign power to investigate a potential rival has infuriated Democrats, who pointed out that Trump had decided to withhold about $250 million in defense assistance to Ukraine several days before the phone call.

Democratic leaders have alleged that withholding the money before making his request was an implicit quid pro quo. Ukraine is fighting  Russian-backed insurgents in the east of the country.

The furor over the phone call has sparked House Speaker Nancy Pelosi to launch an impeachment investigation of Trump.

Zelensky, the former Soviet republic’s first Jewish president, appeared to agree with Trump, saying that his country’s prosecutor general would “look into the situation, specifically to the company that you mentioned in this issue.”