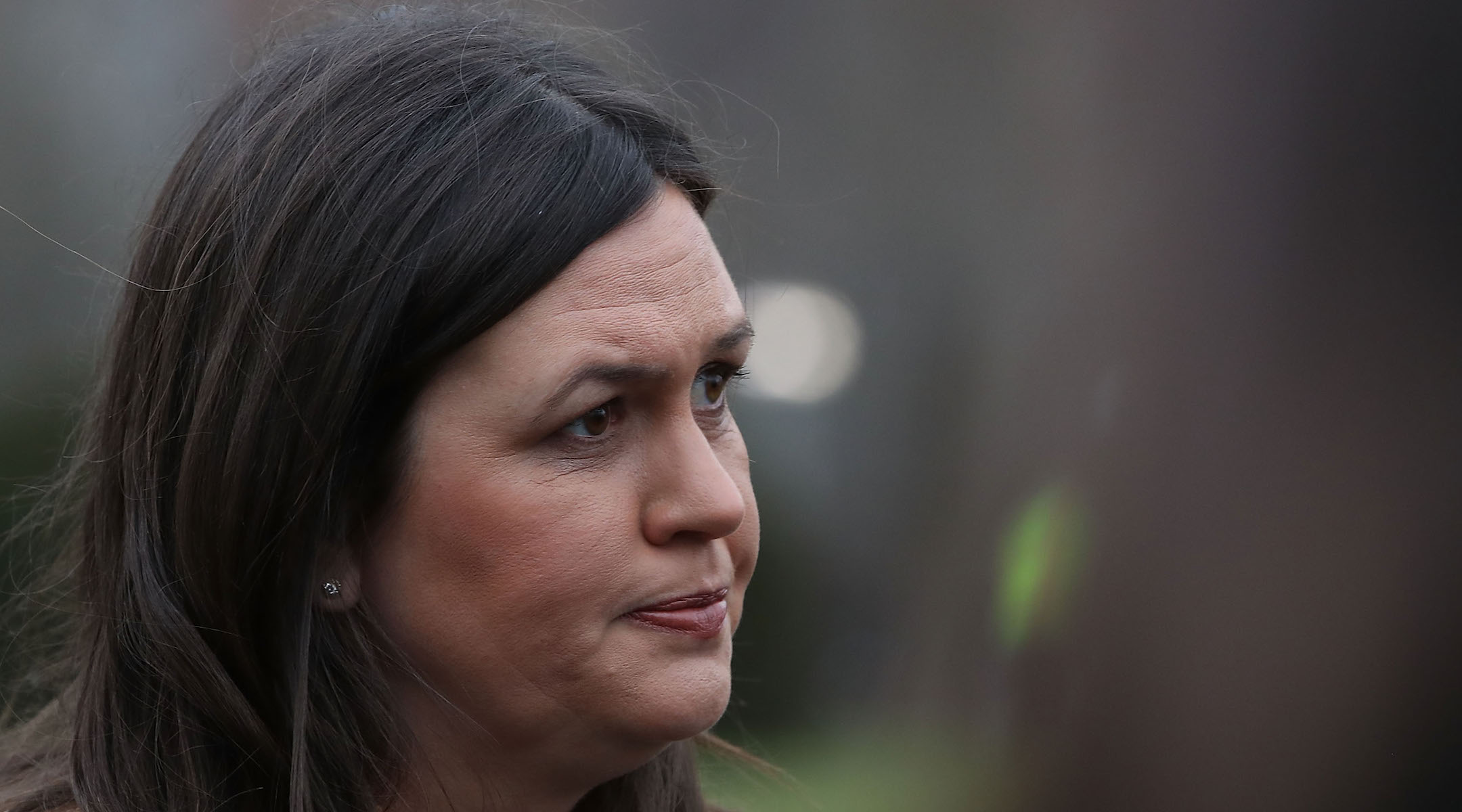 (JTA) — Sarah Sanders defended President Donald Trump’s positions on Democrats and the Jews, though she did not comment on his reported statement that Democrats “hate” Jews.

“Democrats have had a number of opportunities to condemn specific comments and have refused to do that,” she said. “They’re unwilling to call this what it is and call it out by name, and take actual action against members who have done things like this.”

And on Tuesday, promoting a group founded by Republicans called “Jexodus” urging young Jews to leave the Democratic Party, he tweeted a quote from the group’s spokeswoman, Elizabeth Pipko, a one-time Trump campaign staffer. “There is anti-Semitism in the Democratic Party,” he quoted her as saying. “They don’t care about Israel or the Jewish people.”

Democrats noted in response that the vast majority of Jews have voted for Democrats in recent elections, and all but two Jewish members of Congress are Democrats.

During the press briefing, CNN reporter Jim Acosta said, “Democrats don’t hate Jewish people. That’s just silly. It’s not true.” He raised the president’s comments after the far-right rally in Charlottesville, Virginia, that there were “very fine people on both sides.”

“The president has been incredibly clear, and consistently and repeatedly condemned hatred, bigotry, racism, in all of its forms, whether it’s in America or anywhere else,” she said.

“I wouldn’t agree with that. I would say that the Jewish members of the House and Senate, for the most part, have expressed disappointment and disgust with some of the statements coming from younger members of the freshman class of the Democratic House,” Graham said. “There are elements within the Democratic Party that are getting more and more hostile toward Israel, and that disturbs me, but I would not say that the party is anti-Jewish.”