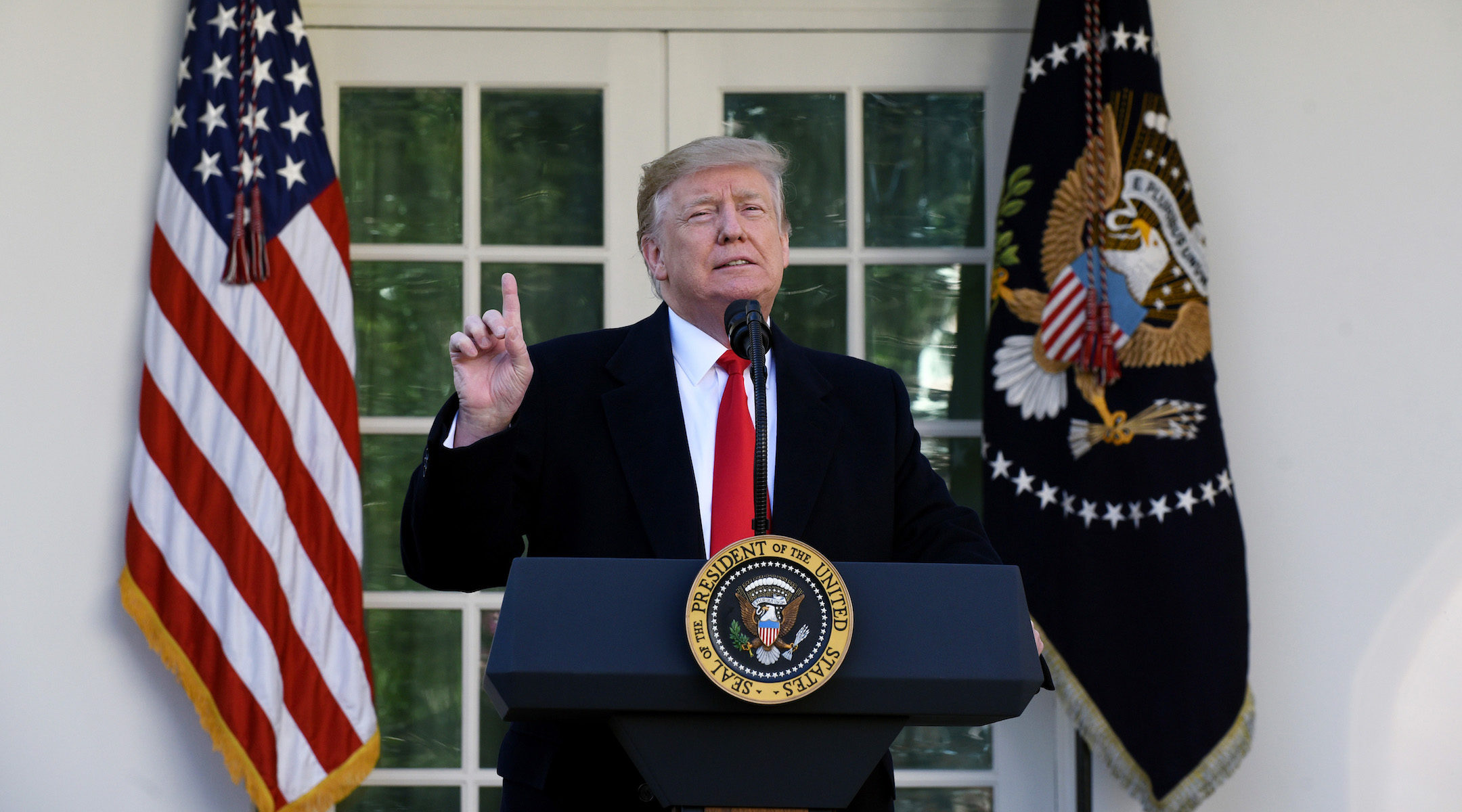 President Donald Trump announces at the White House Rose Garden that a deal has been reached to reopen the government for three weeks, Jan. 25, 2019. (Olivier Douliery/ Abaca Press/Getty Image)
Advertisement

(JTA) — President Donald Trump, saying the “Democrats hate Jewish people,” said he could not understand how any Jewish person could vote for a Democrat these days.

Trump also told a room filled with Republican National Committee donors that if he could run for prime minister of Israel, he would be polling at 98 percent, Axios reported Sunday.

The president made the remarks at a gathering Friday night at his Mar-a-Largo club, where the audience was required to place their cellphones in magnetized pouches that they carried with them while in the resort in order to prevent leaks, according to Axios.

Axios said that three sources who were in the room during Trump’s speech repeated his comments on Israel’s election next month. He also spoke about how much he has done for Israel, including moving the U.S. Embassy to Jerusalem from Tel Aviv.

On Friday, Senate Minority Leader Chuck Schumer (D-N.Y.) fired back at Trump after the president called the Democrats an “anti-Jewish party,” in the wake of comments by Rep. Ilhan Omar of Minnesota widely regarded as anti-Semitic in effect.

“For the president, who when neo-Nazis marched in Charlottesville in front of a synagogue and said ‘burn it down’ and he said ‘both sides’ are to blame, this is a new divisive low,” Schumer wrote in a Facebook post, referring to the deadly white nationalist rally in Charlottesville, Va., in 2017.

“His comments show the president is only interested in playing the politics of division and not in fighting anti-Semitism,” added Schumer, who is Jewish. “Mr. President, you have redefined chutzpah.”