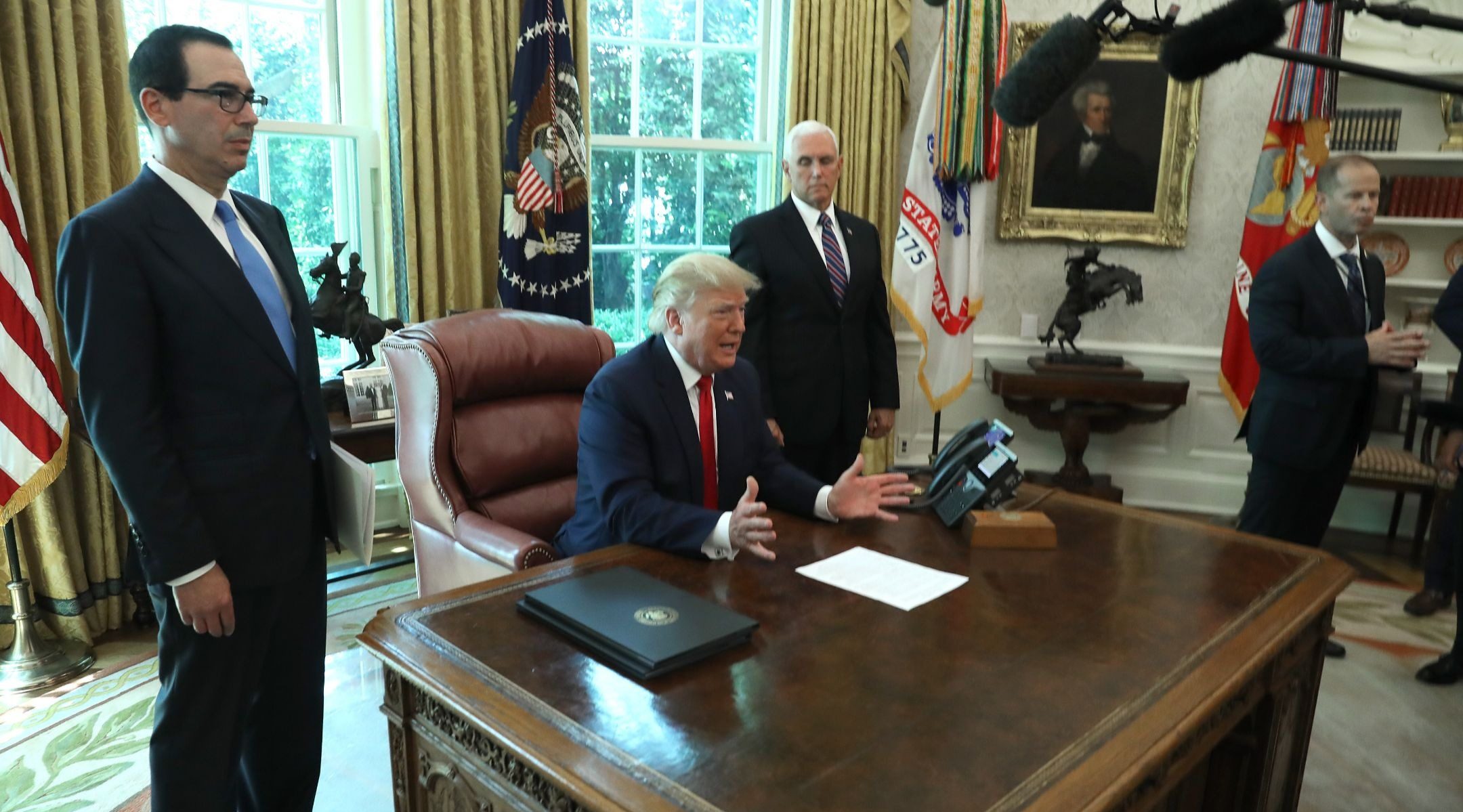 Separately, Secretary of the Treasury Steve Mnuchin said sanctions also would target top leaders of the Iranian Revolutionary Guard Corps, the group seen as responsible for Iran’s adventurism in the region and terrorism elsewhere, and Javad Zarif, the foreign minister who helped negotiate the 2015 nuclear deal between Iran and six world powers led by the United States. Trump reviled the agreement and exited it last year.

Iran has announced its first intended breach of the deal, saying it will surpass allowable stockpiles of enriched uranium this week in response to increased U.S. pressure on the country.

Last week, Iran knocked an unmanned U.S. drone out of airspace, and Trump nearly ordered a counterattack, pulling back at the last minute because he learned it would cause casualties.

Mnuchin would not say how the sanctions would affect the targets. U.S. sanctions target any third party who deals with a sanctioned entity or individual.