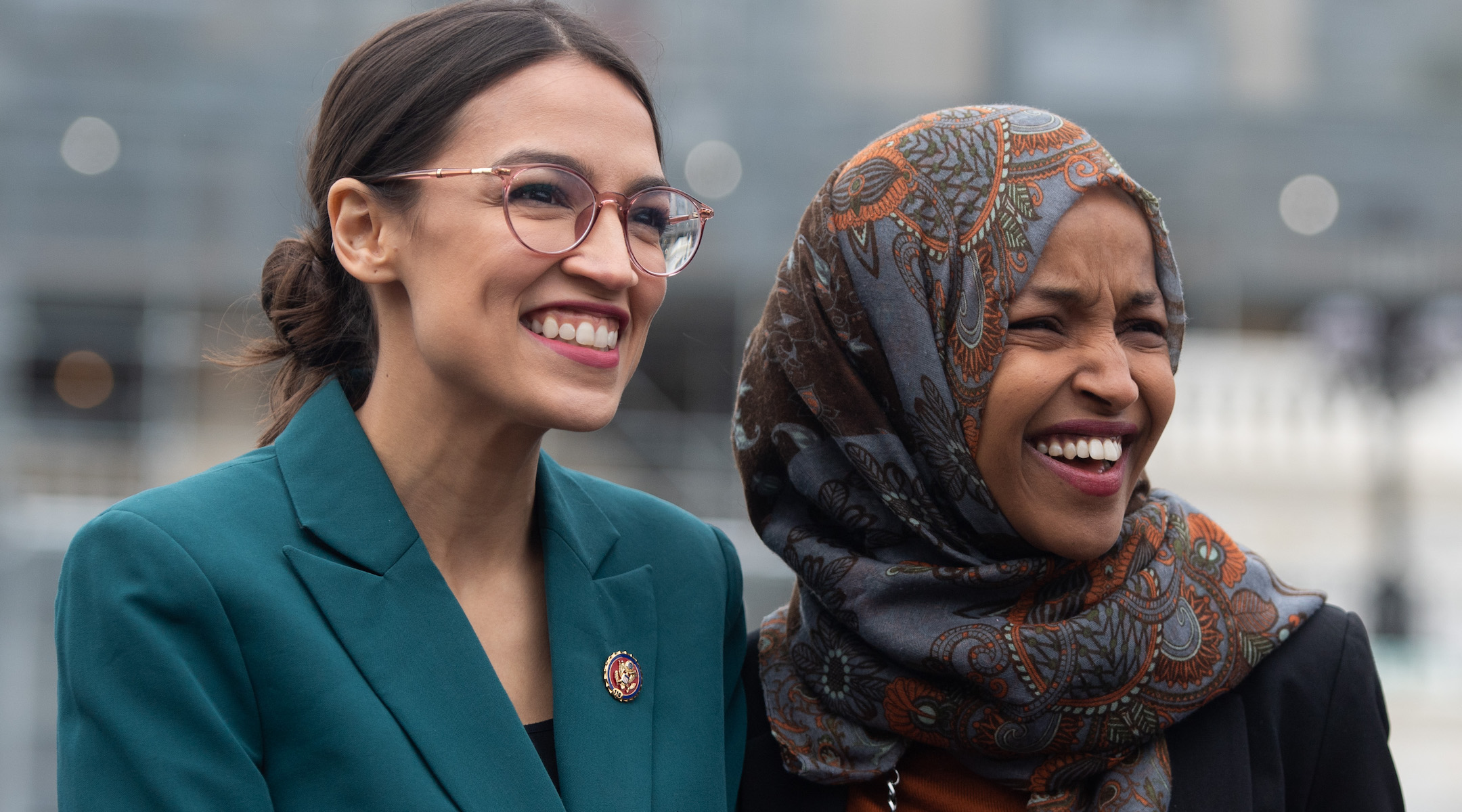 (JTA) — President Donald Trump turned a reporter’s question about whether authorities will enforce social distancing orders for mosques during Ramadan into a screed against liberal Democratic lawmakers visa vis Israel.

The reporter during Trump’s Saturday night news conference read a post on Twitter that Trump had retweeted which said: “Let’s see if authorities enforce the social-distancing orders for mosques during Ramadan (April 23-May 23) like they did churches during Easter.”

“I would like to see that,” Trump responded, but then began a rant against the Democratic lawmakers, specifically Minnesota Rep. Ilhan Omar and New York Rep. Alexandria Ocasio Cortez, who have been critical of Israel, though Israel and Jewish holidays had not been mentioned in the question.

He said in his response: “You know I just spoke with leaders and people that love mosques. They love mosques! And I’m all in favor of that. But I would say that there could be a difference. And we’ll have to see what will happen. Because I have seen a great disparity in this country. I’ve seen a great disparity. I mean I’ve seen a very strong anti-Israel bent in Congress with Democrats. It was unthinkable seven or eight or 10 years ago, and now they’re into a whole different thing. Between Omar and AOC — I say AOC plus three, add them on. You have, the things that they say about Israel are so bad. And I can’t believe it. Just a minute. So I would be interested to see that. Because they go after Christian churches but they don’t tend to go after mosques. And I don’t want them to go after mosques! But I do want to see what their bent is.”

Trump added in response to a follow-up question that he does not believe Muslim imams will flout social distancing rules and that “the Christian faith is treated much differently than it was (by politicians), and I think it’s treated very unfairly.”