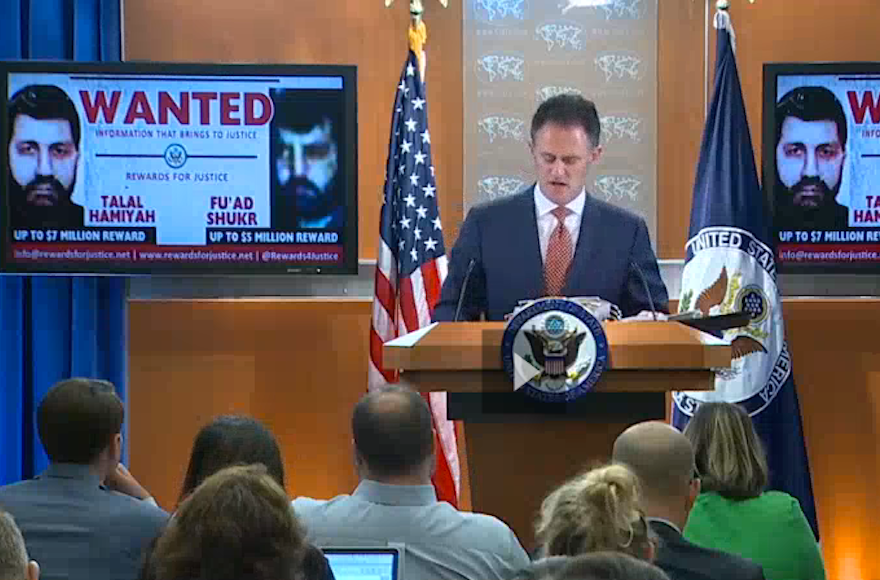 JERUSALEM (JTA) — The U.S. Coordinator for Counterrorism will lead a delegation to Jerusalem.

Nathan Sales will arrive in Israel on Tuesday for the annual meeting of the U.S.-Israel Joint Counterterrorism Group, the State Department announced on Monday.

It is the State Department’s longest-running strategic counterterrorism dialogue, the statement said.

“The United States and Israel will discuss the shared terrorist threats facing our two countries, including from Iran and Lebanese Hezballah, and develop strategies for bolstering collaboration and cooperation in these critical areas,” the statement said.

Meanwhile U.S. National Security Advisor John Bolton was scheduled to meet on Monday with the head of Israel’s National Security Council, Meir Ben-Shabbat, to discuss their “shared commitment to countering Iranian malign activity & other destabilizing actors in the Middle East and around the world,” Bolton said in a tweet on Sunday.

Bolton visited Israel in January, after President Donald Trump announced the withdrawal of American troops from Syria, to reassure Israel of U.S. support for Israeli strikes on Iranian targets in Syria.

They reportedly also will talk about U.S. concern over cooperation with China over Israel infrastructure projects.