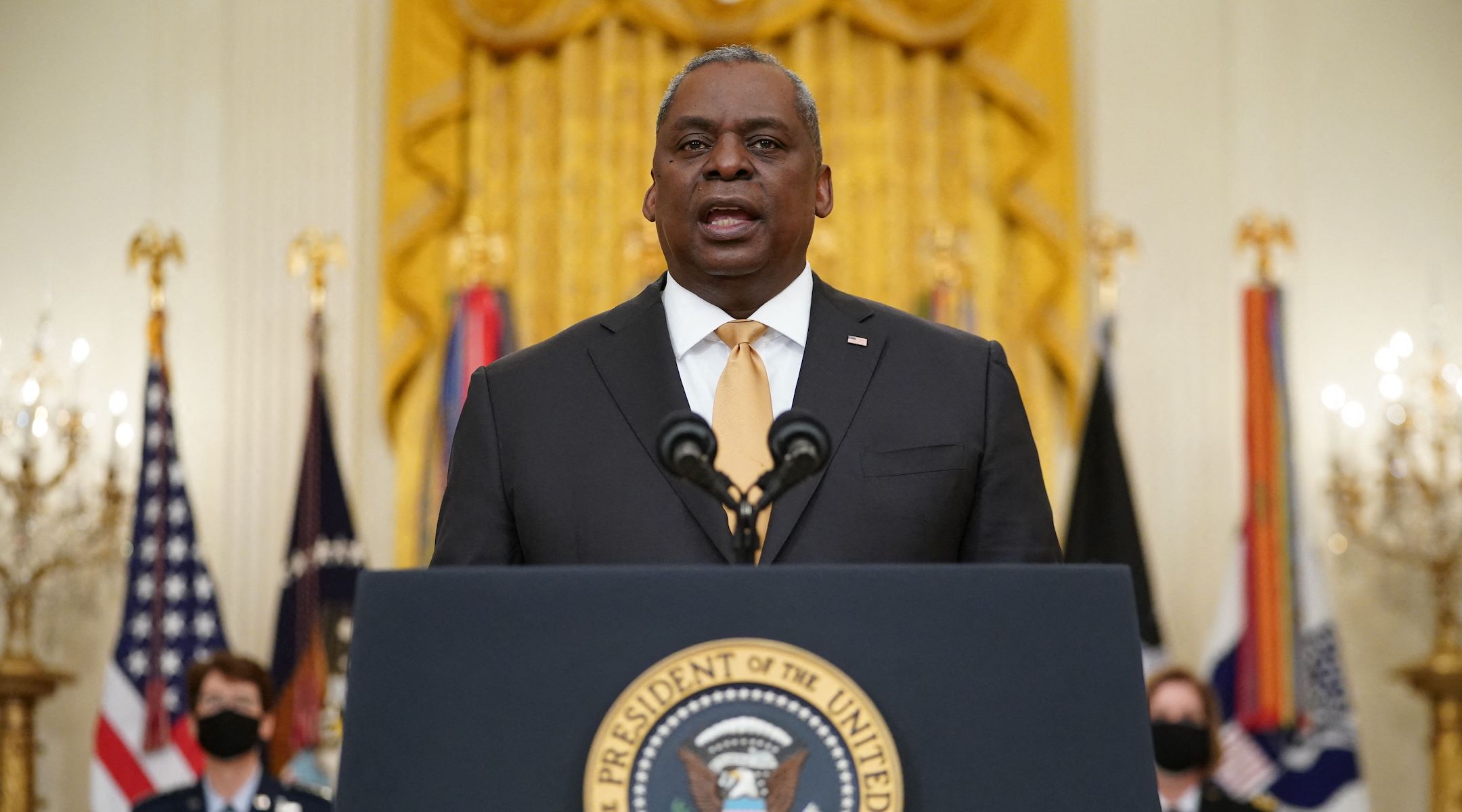 US Defense Secretary Lloyd Austin speaks during International Women's Day in the East Room of the White House in Washington, DC on March 8, 2021. (Mandel Ngan/AFP via Getty Images)
Advertisement

Austin touched down in Israel just hours after a power outage at an Iranian nuclear facility, in which a U.S. official said Israel played a role, according to the New York Times. The visit also comes as talks are underway for the United States to return to the 2015 Iran nuclear deal.

In a joint press conference, Gantz pledged to work with the United States on Iran.

“We will work closely with our American allies to ensure that any new agreement with Iran will secure the vital interests of the world and the United States, prevent a dangerous arms race in our region and protect the State of Israel,” Gantz said, according to Haaretz.

Austin did not comment directly on Iran in his remarks but said the Biden administration would continue to back Israel’s “qualitative military edge.”

“Our bilateral relationship with Israel in particular is central to regional stability and security in the Middle East. During our meeting I reaffirmed to Minister Gantz our commitment to Israel is enduring and it is ironclad,” Austin said.