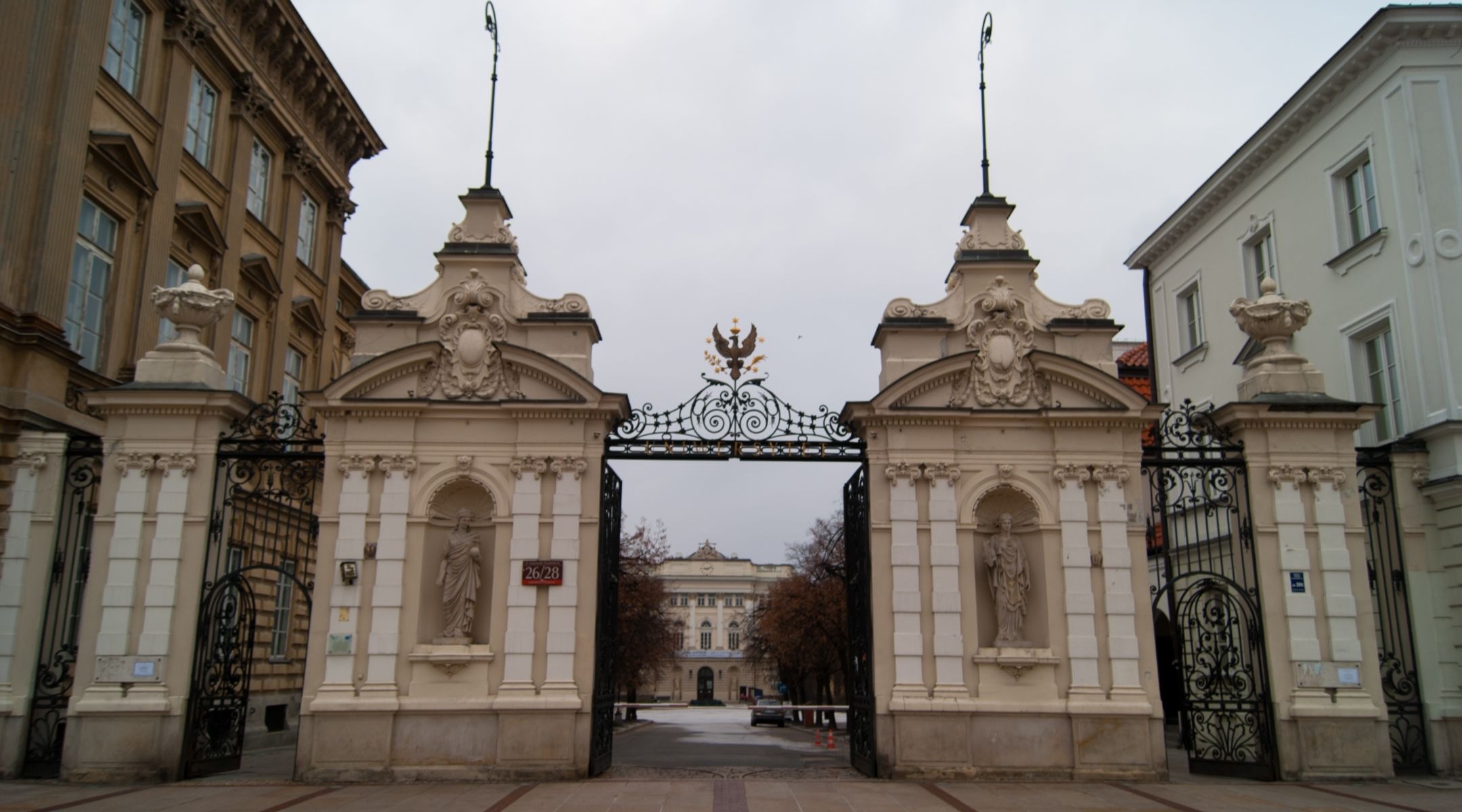 WARSAW, Poland (JTA) — Students at the University of Warsaw, one of the largest Polish universities, commemorated the victims of a segregation policy against Jews introduced there 82 years ago.

The university’s rector did not participate in the commemoration on Sunday.

Ghetto benches, as they were called, were an official form of discrimination against Jews in prewar Poland. Jewish students were required to sit on designated benches in specific sections in lecture halls or to stand for some classes. In Warsaw, Christian students who wanted to show solidarity with their Jewish colleagues and sat on the same benches with them were beaten by nationalists.

This is the second year in a row that University of Warsaw students have commemorated the victims of such discrimination.

They criticized the absence of the rector, Marcin Palys, during the program.

“After over 80 years, the University of Warsaw authorities still have not decided to commemorate the victims of their own anti-Semitic policy and have not detached themselves from right-wing organizations that have sowed terror here,” said Dominik Puchala of the Student Antifascist Committee.

Piotr Wislicki, president of the Association of the Jewish Historical Institute of Poland, told commemoration attendees about the anti-Semitic repression faced by his parents during their studies in Warsaw and Lviv. He thanked the organizers for their commitment and courage in dealing with a difficult past.

“History shows that silence is definitely worse than telling the truth,” Wislicki said. “History will never forgive those who were silent.”