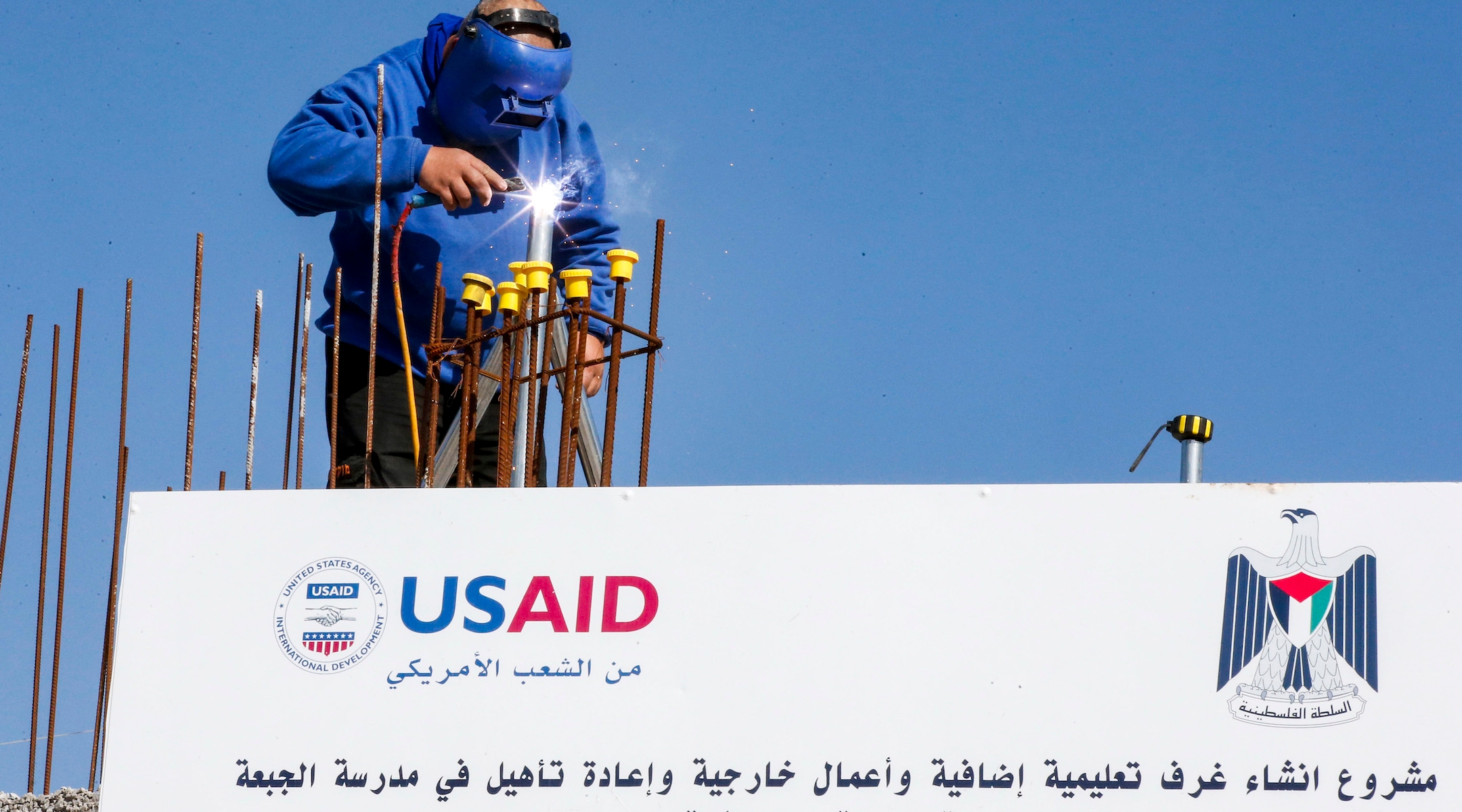 A construction worker welds a metal pipe at the site of a school that was funded by the United States Agency for International Development (USAID), in the Palestinian village of Al-Jabaa, 15 kilometers southwest of Bethlehem in the occupied West Bank, Jan. 22, 2019. (Hazem Bader/AFP/Getty Images)
Advertisement

JERUSALEM (JTA) — The U.S. Agency for International Development is preparing to lay off most of its aid workers in the West Bank and Gaza.

The local staff, mostly Palestinians and Israeli Arabs, but also some Jewish Israelis, will be culled from about 100 employees to 14, National Public Radio reported on Thursday, citing internal agency communications.

USAID told NPR in a statement that it was not planning on closing the West Bank and Gaza mission completely.

The cuts come after the Trump administration has cancelled hundreds of millions of dollars in aid to the Palestinians, including humanitarian programs such as food and hospitals.

The cuts have been viewed as an attempt to pressure Palestinian officials to restart peace talks with Israel and re-engage with the White House ahead of the announcement of its promised Middle East peace plan.

The USAID staff in the West Bank and Gaza “is an All-Star team,” tweeted former U.S. Ambassador to Israel Daniel Shapiro. “Tremendous professionals, Palestinians & Israelis, who did the impossible for years to advance US interests & help the people on both sides. Now Trump’s firing them. Huge mistake. Heartless. We’ll need them again.”