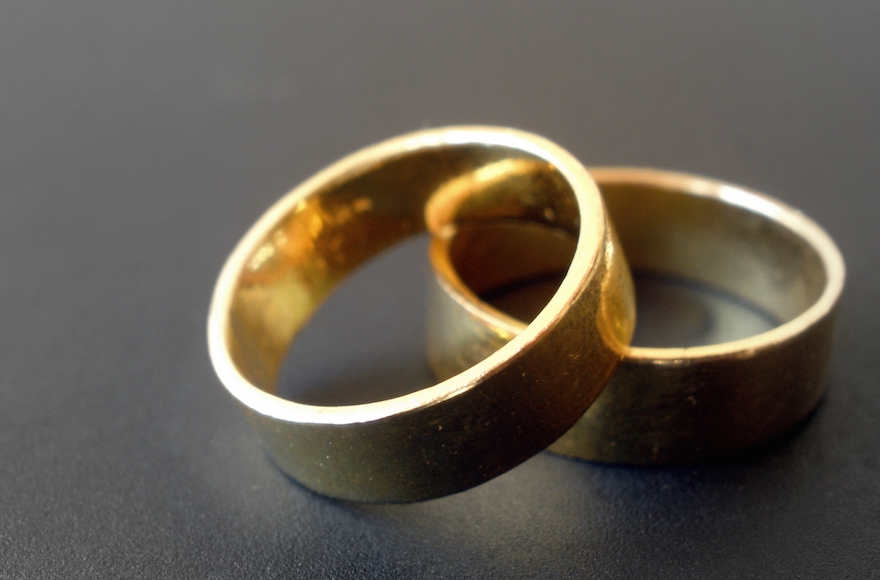 (JTA) — Some 84 percent of Modern Orthodox rabbis in the United States require couples they marry to sign a prenuptial agreement that guarantees neither side can use the religious divorce, or get, as a bargaining chip.

The Beth Din of America, the religious court of the Rabbinical Council of America, surveyed the RCA’s membership ahead of International Agunah Day, marked on Wednesday to coincide with the pre-Purim Fast of Esther.

Under Jewish law, or halacha, a man must give his wife a bill of divorce, or get, for the divorce to be valid. An agunah, literally a chained wife, is a woman who cannot remarry because her husband refuses to give her the get, often in order to reach a better civil divorce settlement.

Orthodox feminists have long pushed for religiously sound solutions that prevent women from being coerced by recalcitrant husbands.

The prenup agreement, introduced 25 years ago, was drafted by Rabbi Mordechai Willig of Yeshiva University in consultation with halachic and legal experts.  Since its introduction it has held up against legal challenges regarding its constitutionality in U.S. civil courts.

Under the agreement, if the couple no longer lives together, the husband becomes obligated to financially support his wife at a fixed daily rate of about $150 a day or $54,000 a year, which is enforceable in secular court. Jewish law prohibits direct coercion to force the husband to provide a get, but the financial support is effective in motivating the husband towards reaching a settlement.

“Virtually every case at the Beth Din in which a prenup has been presented has been resolved with a timely and unconditional get,” said Beth Din of America Director Rabbi Shlomo Weissman, in a statement. “The prenup has worked to insulate the get from being used as a tool for advantage even in the most contentious cases, where husbands and wives have used everything at their disposal to wage war against each other.”

“No couple should get married without considering signing the halachic prenup,” writes Daphne Lazar Price, the executive director of JOFA, the Jewish Orthodox Feminist Alliance, in the current issue of The Jewish Week.