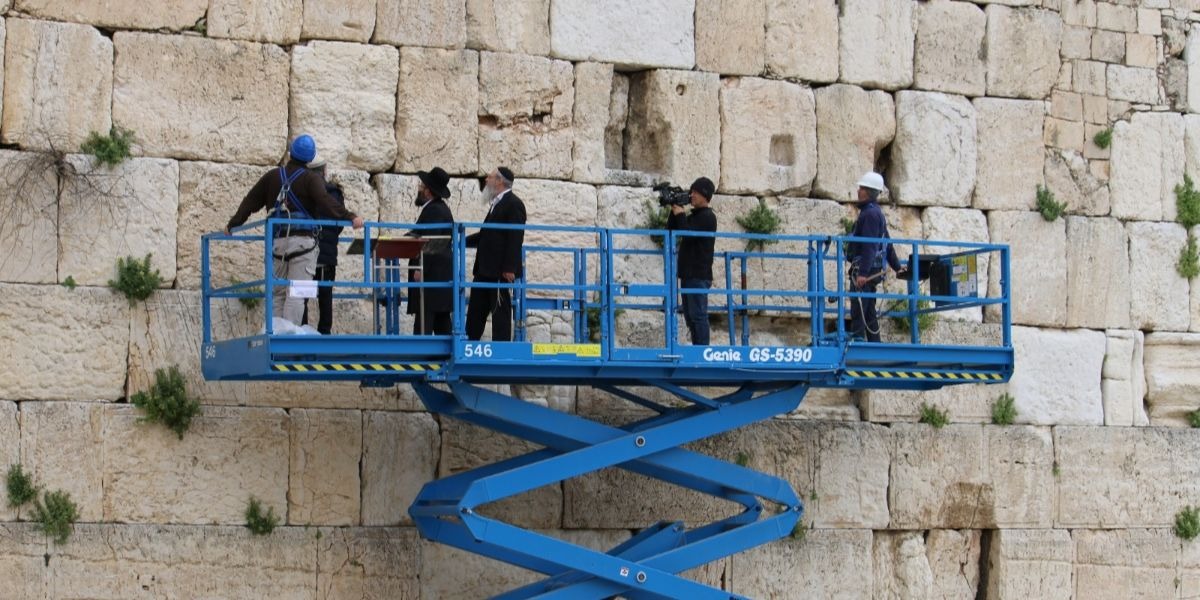 JERUSALEM (JTA) — The stones of the Western Wall were inspected for stability.

The Western Wall Heritage Foundation does a thorough inspection twice a year – prior to Passover and Rosh Hashanah. The inspection includes the stones and the Wilson’s Arch covered area, among other areas.

The stones were cleaned and loose particles and other debris removed, according to the foundation.

In July, a 400-pound stone fell from the Western Wall to the egalitarian prayer plaza near Robinson’s Arch.

As it does every year before Passover and the High Holidays, the Western Wall Heritage Foundation will remove the notes placed between the stones of the Western Wall. The removal will take place on April 10. They are treated as sacred objects and buried.

The preservation work was done under the supervision of Rabbi Shmuel Rabinowitz, rabbi of the Western Wall and Holy Sites, in conjunction with the Israel Antiquities Authority. The statement says that restrictions under Jewish law were strictly adhered to and that permission to preserve the stones was given by the chief rabbis of Israel and other rabbinical religious authorities.