White House invites Jewish leaders over for a talk 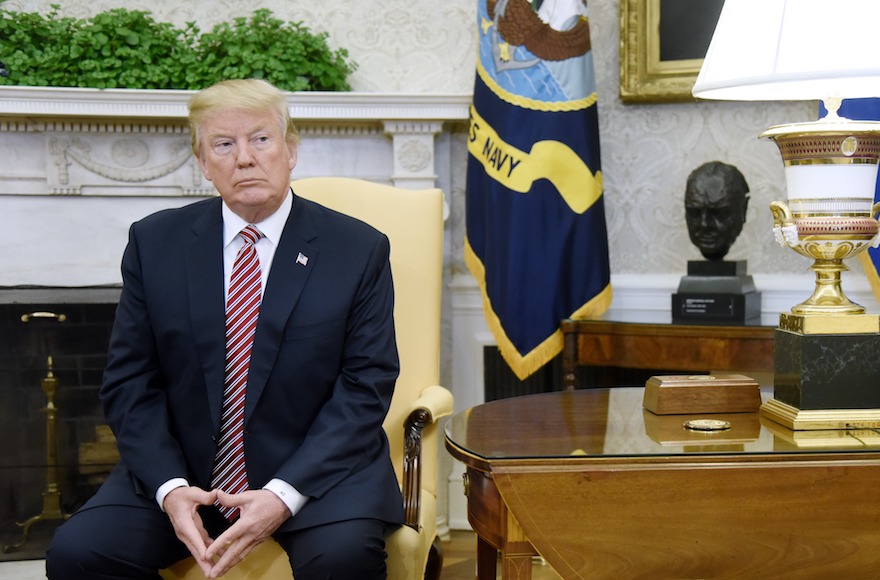 WASHINGTON (JTA) — The Trump administration has invited Jewish leaders over for a briefing on “pertinent” issues.

“Gathering with Jewish leaders,” an invitation viewed by the Jewish Telegraphic Agency says. “You are invited to a discussion with key Administration officials on pertinent issues impacting the community.”

It’s not clear how many Jewish leaders are invited to the meeting set for Tuesday, or what the “pertinent” issues are, or who the “key officials” are.

President Donald Trump has said he will soon be ready to release his Israeli-Palestinian peace plan. Jewish community officials also are concerned about security since an alleged white supremacist massacred 11 Jewish worshippers at a Pittsburgh synagogue in the worst attack ever on U.S. Jews.