Who by fire: 38,000 pounds of bagels burnt in truck days before Yom Kippur 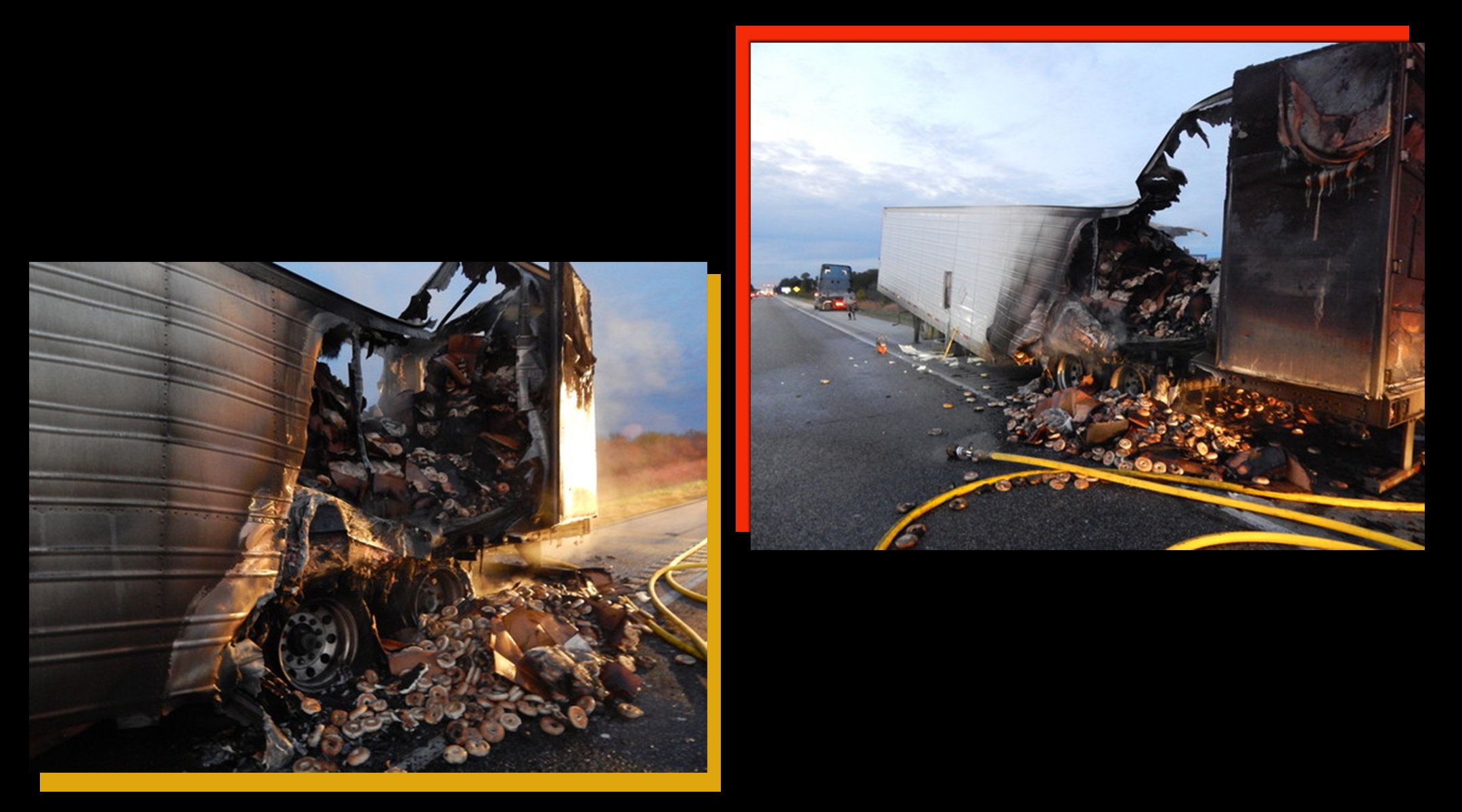 Tons of frozen bagel went up in flames when a semi's rear axle caught fire. (Courtesy of the Indiana State Police)
Advertisement

(JTA) — Midwest Jews may need to find something else to eat when Yom Kippur ends — tons of their bagels are now toast.

Some 38,000 pounds of frozen bagels met an unhappy fate on Sunday, just a couple of days ahead of the Jewish Day of Atonement, when they were burnt to a crisp in a truck fire. An Indiana state trooper noticed that a semi heading north on I-65, about 90 miles southeast of Chicago, was smoking heavily from the rear axle, according to a news release from the Indiana State Police.

The trooper pulled over the truck, but it was too late: The fire was spreading to the trailer, and the rear tires exploded, burning the break-fast staple. The driver, a Floridian, was unharmed. A Chicago-area company owned the truck.

The news release did not say where the bagels were from or where they were going, but it’s safe to say that as we approach the holiest day of the Jewish year, some of them have become dust and ashes.