With 41% of the country fully vaccinated, Israel begins reopening 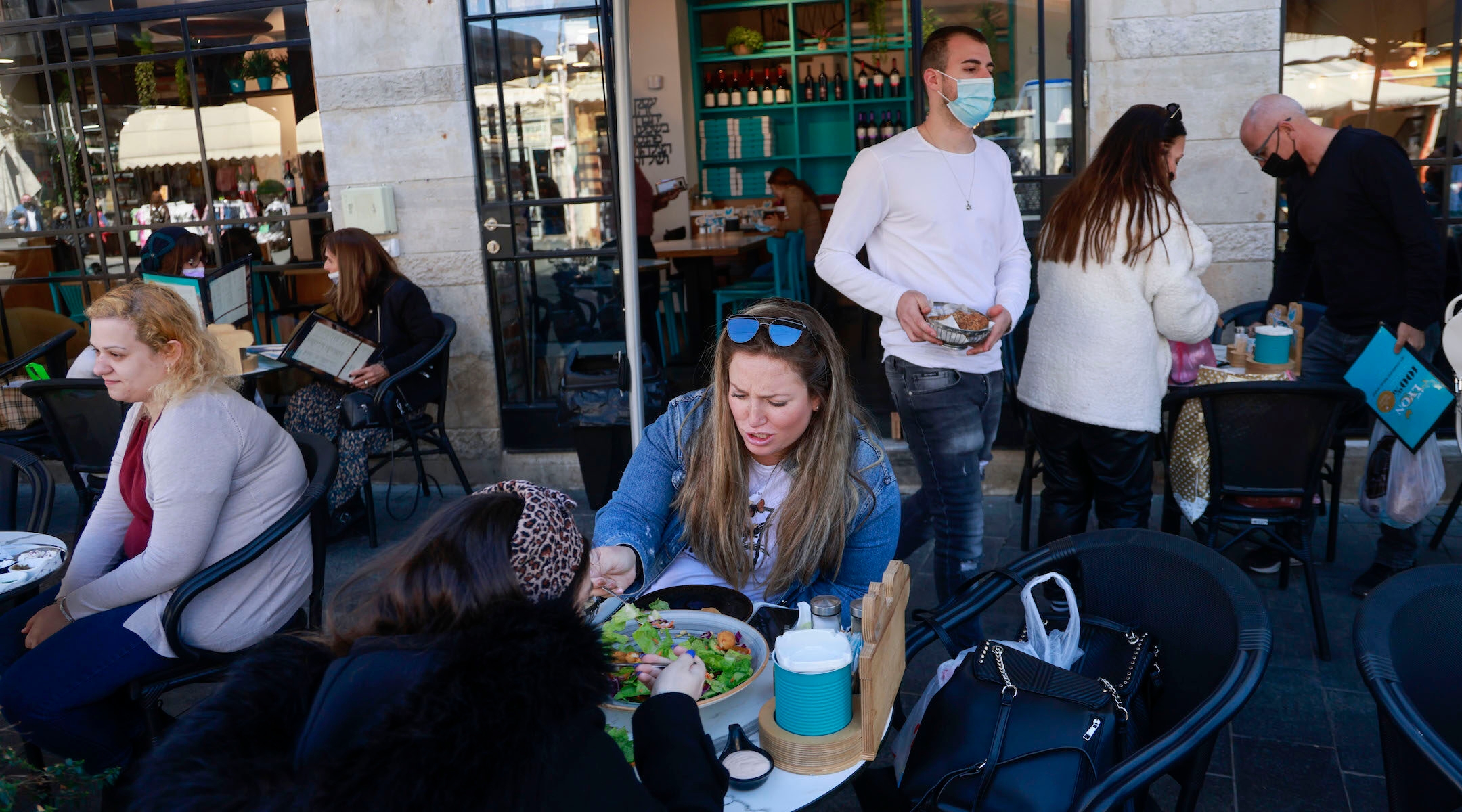 People eat at the Hamotzi restaurant in Jerusalem, on March 7, 2021, after Israel reopened restaurants, bars and cafes to those who have been vaccinated. (Menahem Kahana/AFP via Getty Images)
Advertisement

The reopening is not complete, with a mask mandate remaining in place and continued capacity restrictions and distancing requirements for gathering places like restaurants and event halls. But fully vaccinated Israelis will benefit from “Green Passports” attesting to their immunity status, which allow them to dine indoors and to gather in greater numbers than those who have not been vaccinated.

According to the new rules, restaurants can reopen at 75% capacity indoors for vaccinated Israelis while unvaccinated people can be served at restaurants outdoors. Israel’s Ben Gurion Airport, which has been kept largely closed since January, will also allow 1,000 people to enter the country per day, with the number set to increase to 3,000 later this week, according to the Times of Israel.

Israel’s vaccination campaign has already had an impact since it began in December. According to Eran Segal, a computational biologist at the Weizmann Institute in Israel, Israel has seen a 71% reduction in deaths and 55% fewer cases since the country’s mid-January peak.

Israel: Sharpest decline since the peak was in mortality

And as the country reopens, it is unclear if infections will remain low. After the infection rate increased slightly on Friday, Nachman Ash, Israel’s coronavirus czar, said the country could still head into a fourth lockdown if necessary. Ash also noted that the country will need to vaccinate 2 million more Israelis before the country reaches herd immunity, according to the Times of Israel.

The reopening is being seen by some as a political move by Israeli Prime Minister Benjamin Netanyahu just three weeks before Israel heads to the polls for the fourth time in two years. Netanyahu’s campaign has emphasized his role in returning the country to normal. The prime minister posted a photo to Facebook Sunday showing him drinking coffee with Jerusalem Mayor Moshe Lion at an outdoor cafe.