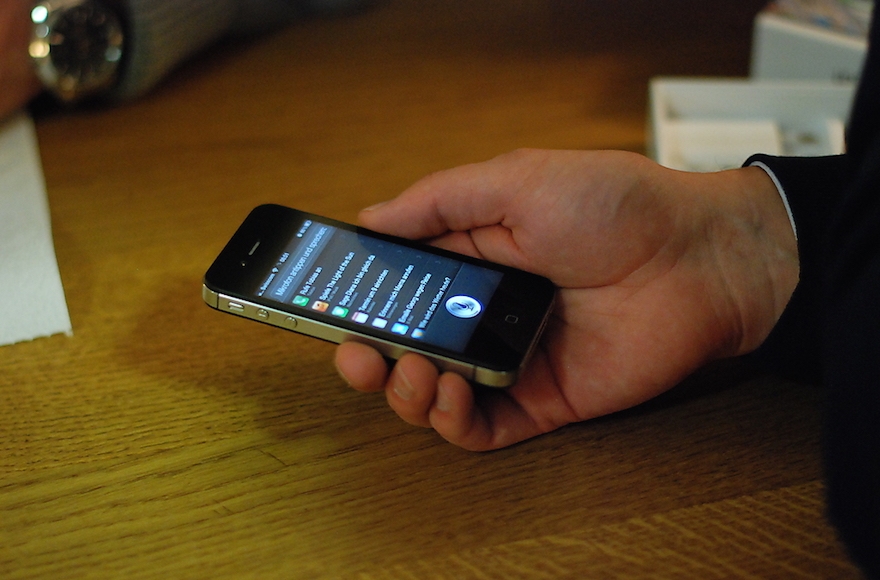 JERUSALEM (JTA)  — The woman behind the female Hebrew voice of the Waze navigation app is suing Apple for using her voice as the Hebrew Siri.

Israeli radio broadcaster Galit Gura-Eini filed a lawsuit last week for about $66,000 in Tel Aviv District Court, the Israeli business daily Calcalist reported. The lawsuit alleges that Apple has been using her voice recordings without authorization.

Apple has responded that her “voice on the Siri app is nothing but syllables joined together by an algorithm.”

Gura-Eini has been the voice of Siri since it launched in Hebrew in 2016, according to the report. Earlier this year she asked Apple to remove her voice from the Siri app, a request which was denied.

The lawsuit also alleges that Apple has turned her voice “into a vehicle for improper and humiliating speech,” and that people have been using her voice to produce sexual, racist and otherwise violent speech through the Siri app, Calcalist reported.

Gura-Eini’s voice was recorded in 2007 by Nuance Communications Inc. Gura-Eini gave Nuance the rights to use the recordings in speech production software, and for “legitimate” purposes only, according to Calcalist.

Her voice was deleted from the Waze app last year.