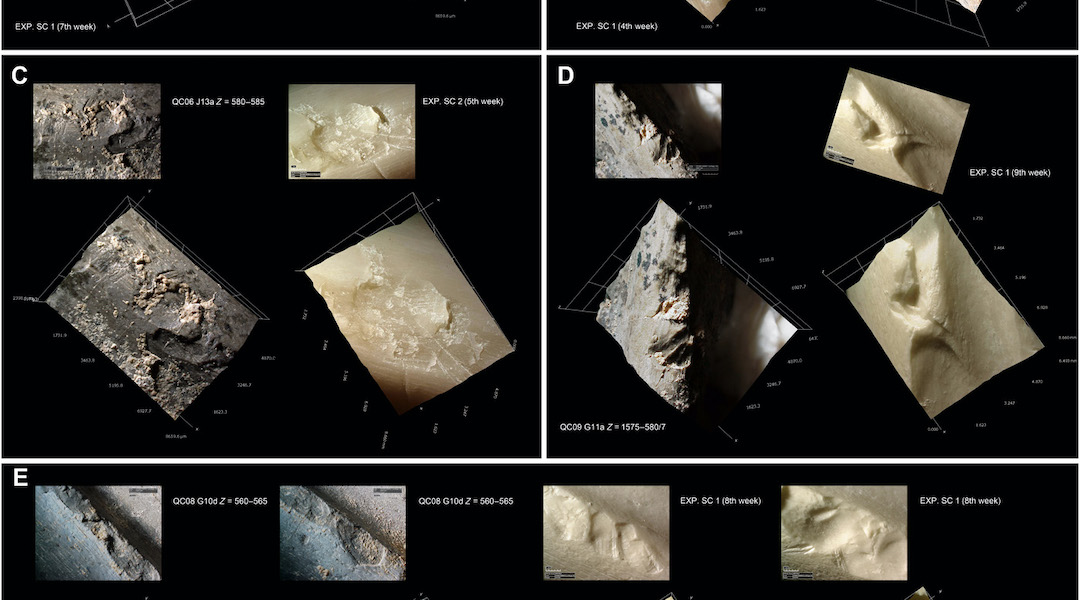 (JTA) — That chicken still in the fridge from a few days ago not so appealing?

Researchers have found deer bone remnants inside an Israeli cave about seven miles from Tel Aviv that are being called the world’s oldest leftovers. Humans would save the bones to eat the marrow inside, according to the researchers, who are affiliated with universities in Israel, Spain and Switzerland.

The remnants in Qesem Cave are “the earliest evidence for storage and delayed consumption of bone marrow,” according to the researchers.

An article published earlier this month in Science Advances details the findings, which are from about 200,000-420,000 years ago.

The marrow could be stored for nine weeks with only a low rate of degradation, according to the findings.