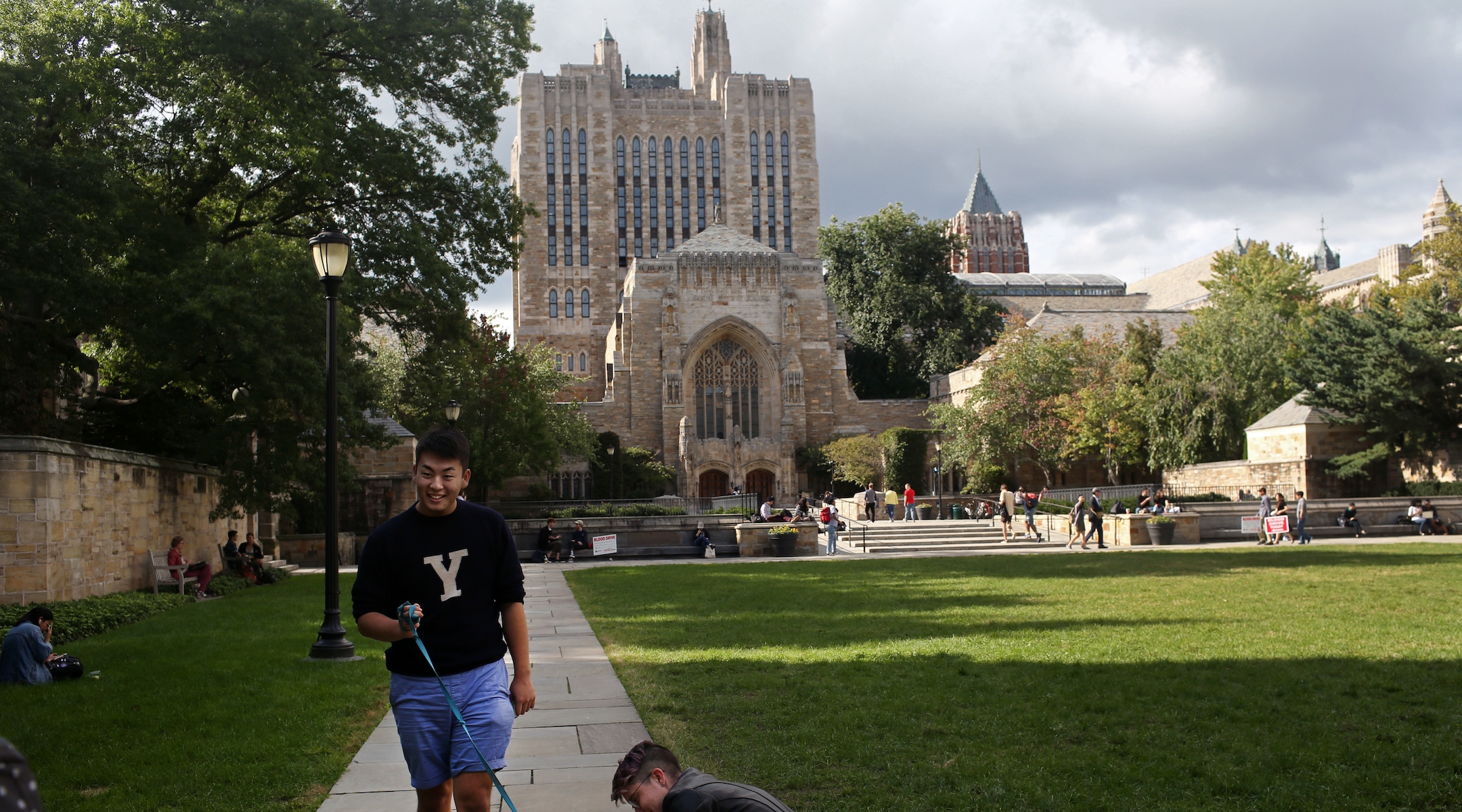 The Yale College Council, the undergraduate student government, approved the statement on Sunday first authored by Yalies 4 Palestine, in an 8-3 vote with four abstentions, the Forward reported.

Yalies 4 Palestine released the statement on May 12 amid the Israel-Gaza conflict.

“As Yale students, we condemn the injustice, ethnic cleansing and genocide occurring in Palestine,” it said.

The statement also likened Israel’s actions during the conflict to police violence against Black Americans.

“Just as Israel’s military imposes the apartheid system against Palestinians, the US police enforces the system of white supremacy against Black Americans,” it said. A number of left-leaning campus groups subsequently endorsed the statement. A group of anti-Zionist Jewish students and alumni released their own statement endorsing the Yalies 4 Palestine statement.

The campus Hillel rallied against the resolution and, once it was adopted, condemned it as having “antisemitic overtones.”

“It characterizes the Jewish state as an agent of the world’s most reprehensible forces and guilty of the most unspeakable crimes — in other words, demonically,” the Forward quoted the Hillel response as saying. “This genealogy may be invisible to its authors and adherents because the outsized perfidy they ascribe to the Jewish state is formulated in distinctly contemporary terms — but is clear, terrifying, and familiar to us.”