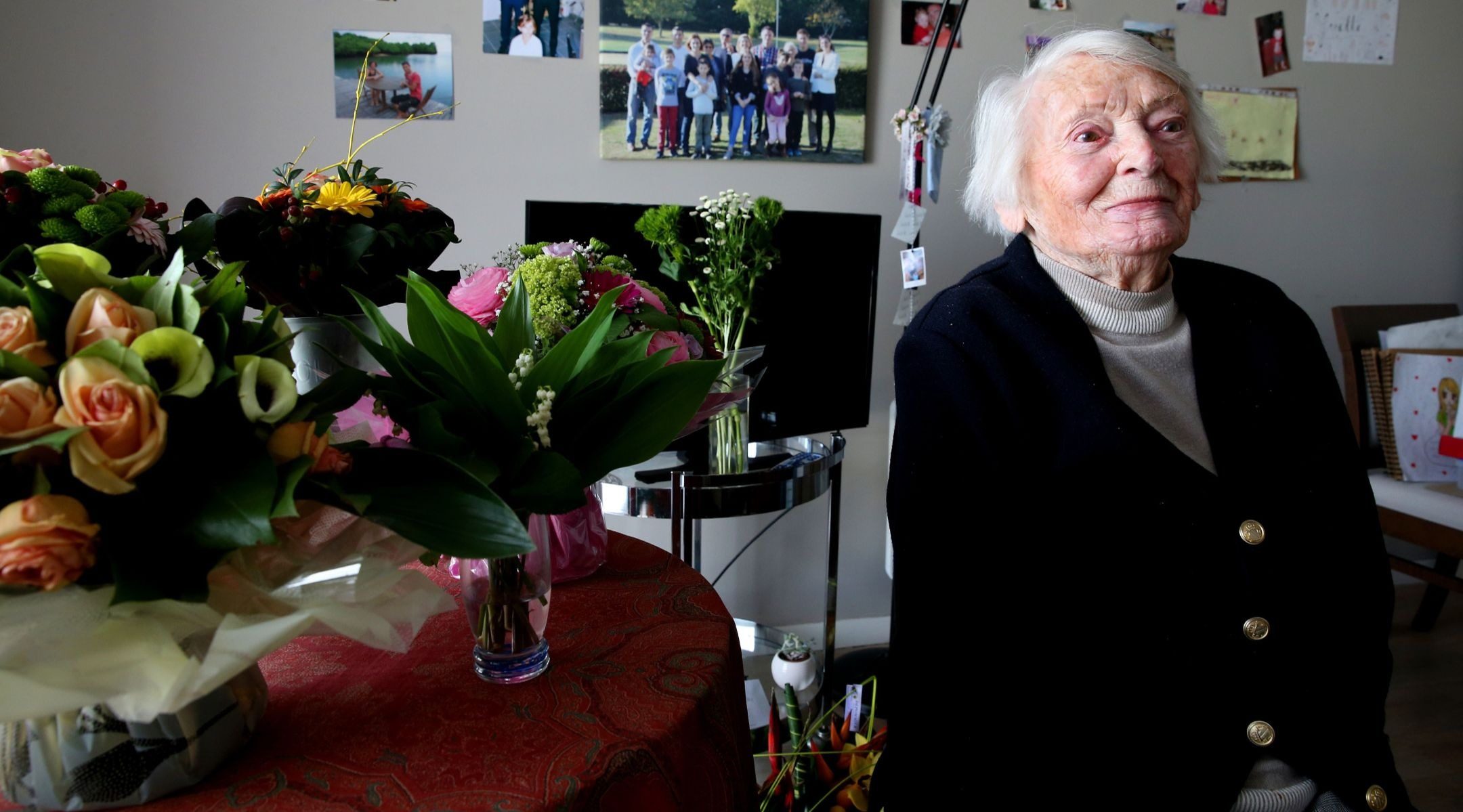 Yvette Lundy is shown in April 2017 at the age of 101. (Francois Nascimbeni/AFP via Getty Images)
Advertisement

(JTA) — Yvette Lundy, a member of the French Resistance who provided false identification papers to Jewish families, has died. She was 103.

She would go on to become a schoolteacher and also worked at the town hall.

Lundy joined the Resistance at the beginning of the Nazi occupation of France, the French news agency AFP reported. She provided fake papers to Jewish families and escaped prisoners of war.

She was arrested, interrogated and imprisoned by the Gestapo in 1944, when she was 28. Lundy was imprisoned at the Ravensbrück concentration camp and later at Buchenwald. Later she later was assigned to a Kommando slave labor unit near Weimar and was liberated by the Russian army in April 1945.

Lundy returned to France but did not begin speaking about her experiences until 1959.

“The words of Yvette Lundy were a powerful call for citizen vigilance, so that the darkest hours of the 20th century would never be repeated,” a statement issued by the office of President Emmanuel Macron said.

Her memoir “Le Fil de l’araignée” (The Spider’s Web) was published in 2012. In 2017, she received one of France’s highest honors, becoming a Grand Officer of the Legion of Honour.