Brace yourself for this rumor: Howard Stern might replace Jimmy Fallon. Leaked news last week revealed that Jay Leno was being pushed off of NBC to make room for Jimmy Fallon in his 11:30 slot in 2014. A source told the New York Post today NBC was “grooming” Jewish comedian/pervert Howard Stern. Stern is known […] 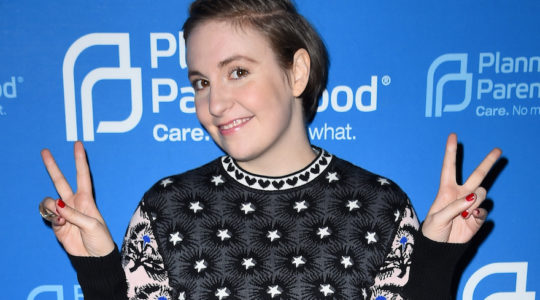 The remarkable Golden Globe achievement of Lena Dunham of “Girls” didn’t really impress controversial radio host Howard Stern. On Monday, a day after Dunham won best actress and best comedy, Stern referred to her as “a little fat girl who kind of looks like Jonah Hill,” and added, “I learned that this little fat chick writes the show and directs the show, and […]

Howard Stern, the Jewish radio personality America loves to hate, announced yesterday morning he will stay on for a second season as a judge of NBC’s America’s Got Talent. Stern made the announcement on his Sirius XM show and is the first to be a confirmed judge for the show next season; as of now, […]