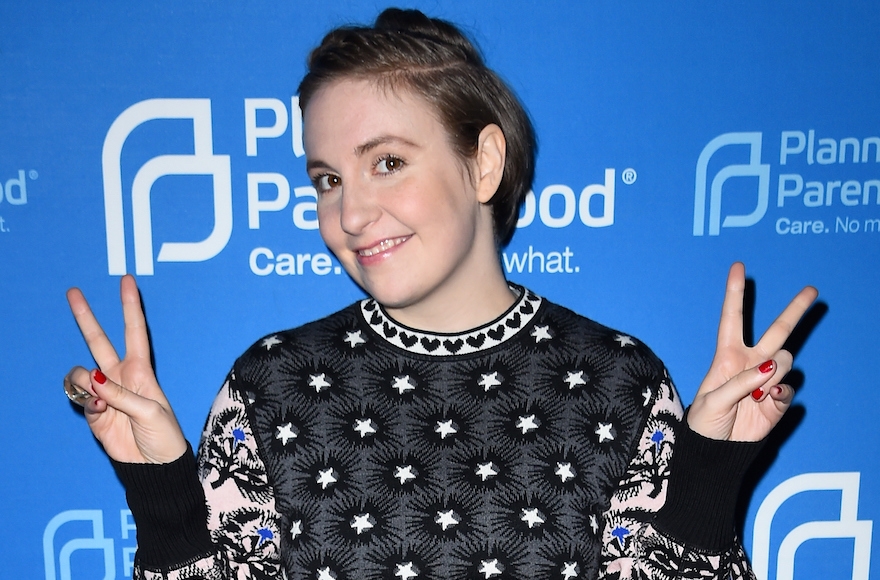 On Monday, a day after Dunham won best actress and best comedy, Stern referred to her as “a little fat girl who kind of looks like Jonah Hill,” and added, “I learned that this little fat chick writes the show and directs the show, and that makes sense to me because she’s such a camera hog that the other characters barely are on.”

On an interview with Letterman, Dunham said, “I did find out that Howard Stern really hates it, I’m a Howard Stern fan and I really think that he has earned the right to free speech and he should just go for it.”

“But he did say something that I thought was so funny that I want to get on my gravestone,” Dunham added, “Where he said, ‘Congrats to her, it’s so hard for little fat chicks get anything going these days.’ And it put me in the best mood!”

“I just wanted to be like, my gravestone says, ‘She was a little fat chick, but she got it goin’.”

It didn’t take Stern too long to “clarify” and apologize in his special way.

“I felt bad,” Stern said Monday on the air, “because I really do love the show ‘Girls’ and enjoy it, and I admire the girl who writes it…So I said to [producer Gary Dell’Abate], would you please contact Lena Dunham and please tell her that I would like to explain myself to her on the air and apologize to her because I do love the show and it makes me feel bad that she is getting the impression that I somehow think she’s just a talentless little fat chick.”