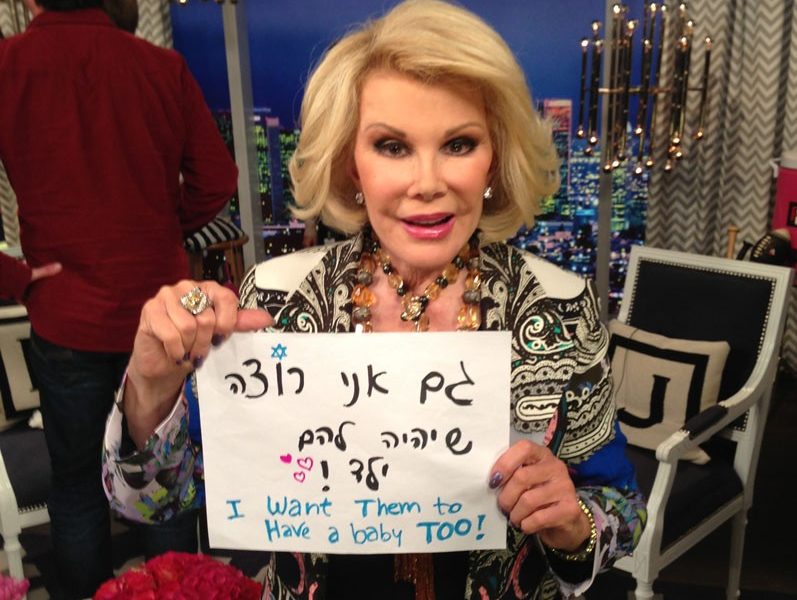 Joan Rivers goes to bat for a gay Israeli couple who want to have a child, Jon Stewart is taking the summer off from his Comedy Central show to direct a film and Barbra Streisand will belt out a few numbers for Israeli President Shimon Peres’ 90th birthday bash.

The film hasn’t even been in theaters for 24 hours, and Disney has already confirmed “Oz the great and Powerful” will have a sequel. Despite the film’s somewhat negative reviews, screenwriter Mitchell Kapner has been tapped to write the sequel, according to the Hollywood Reporter, the original film’s cast, which include James Franco and Mila Kunis, seem […]

If you didn’t already love her, this will seal the deal. While promoting her upcoming film, “Oz the Great and Powerful,” Mila Kunis was interviewed by a young BBC reporter, who tells her its his first time interviewing an A-list celebrity, and doesn’t do a very good job at hiding his emotions. Kunis tries to […] 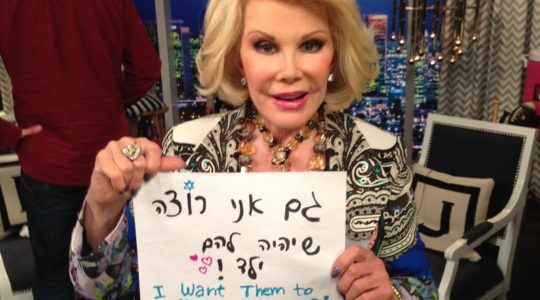