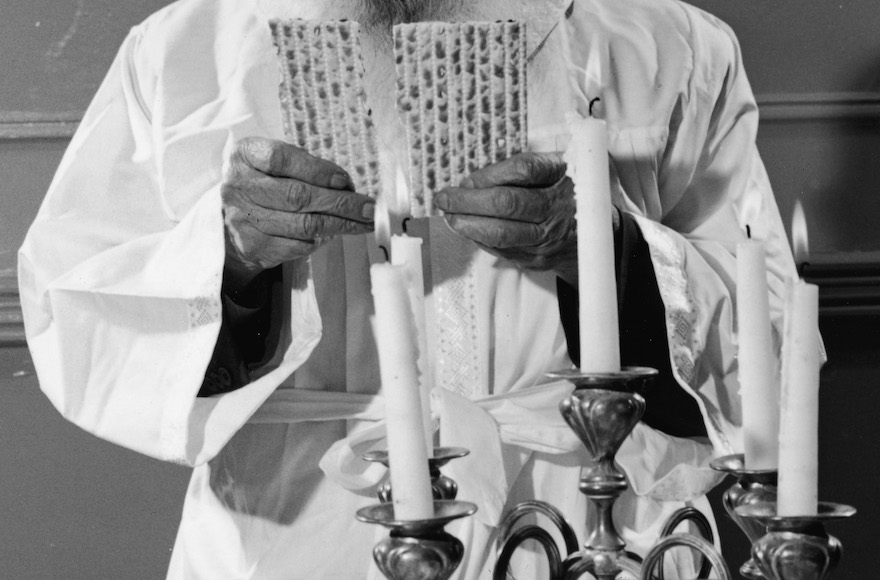 A Jewish elder breaks the Matzoh during the Passover Seder, 1961. (Photo by Hulton Archive/Getty Images)
See Original Daily Bulletin From This Date
Advertisement

Twenty Jewish communists of Witebsk are to face trial for having baked matzoth secretly, says a Witebsk report.

Witebsk was the scene of the so-called “Ohometzdige” Sedar, during which a special anti-religious pamphlet was recited in lieu of the Hagadah.

According to reports from other centers in Russia the Jewish Communist section organized different kinds of passover celebrations and “sedorim”. An international sedar took place in Odessa on March 31 with the participation of Jewish and non-Jewish communists. On the same day the passover ceremonial was placed before a public mock trial. A similar mock trial was staged in Nikolaiev

It is reported from Moscow, that owing to the confiscation of the Taganke synagogue, Jews who habitually worhsipped at that synagogue conducted services at the Baptist Church.