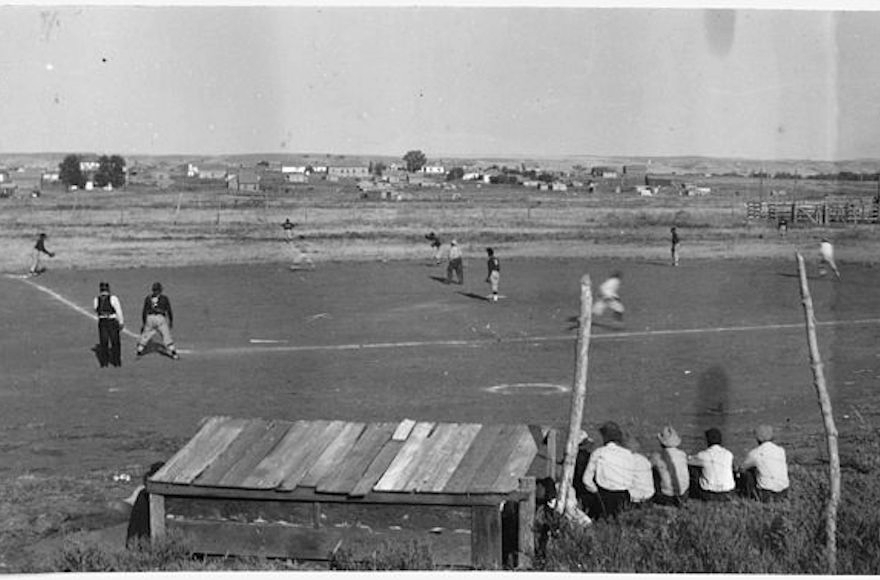 Firm action in dealing with the Swastika Club, pro-Hitlerite organization reportedly made up of Nazi agitators from the United States, was promised by Mayor Stewart today as the aftermath of serious rioting last night when Hitlerite supporters and Jews clashed in the course of a softball game between St. Peter’s and Harbord, a team composed mostly of Jewish boys.

Although the excitement had largely subsided today, there was still a strong atmosphere of tension in the city. The vigorous measures taken by the police at Mayor Stewart’s orders, however, greatly reassured the population.

The police commission, in a special meeting today called on account of the riots, officially banned the display of the swastika in the city on the grounds that it is provocative. Anyone disobeying this ruling and displaying a swastika flag will be prosecuted, it was declared.

Strong police detachments patrolled the Jewish section of the city until four o’clock this morning to prevent attacks on Jews by roving bands of hoodlums whose activities threw the neighborhood into a panic.

The origin of last night’s clash developed Monday evening when the Harbord team won the first of the playoffs and someone in the crowd displayed a large swastika flag crying “Heil Hitler!”

The third game of the series was played last night. Both sides came to the field with reinforcements, prepared for trouble. It came after the first inning when a large swastika flag was broken out on a nearby hill. The Jewish youths charged up the hill, seized the flag and ripped it to shreds.

The rioting thereupon broke out in full fury with 8,000, according to police estimates, participating. Police reserves were rushed to the scene but were unable to check the fighting. Groups of hoodlums left the field in the direction of the Jewish neighborhood shouting “Heil Hitler, Kill the Jews!”

Small groups of Jewish youths banded together at strategic points to check the invaders and put up a stiff resistance which sent several to the hospital. Among the seriously injured are Joseph Goldstein, 15, and Louis Koteck. Five Jews and five Hitlerite sympathizers were in Toronto hospitals today and scores received first aid treatment and were sent home.