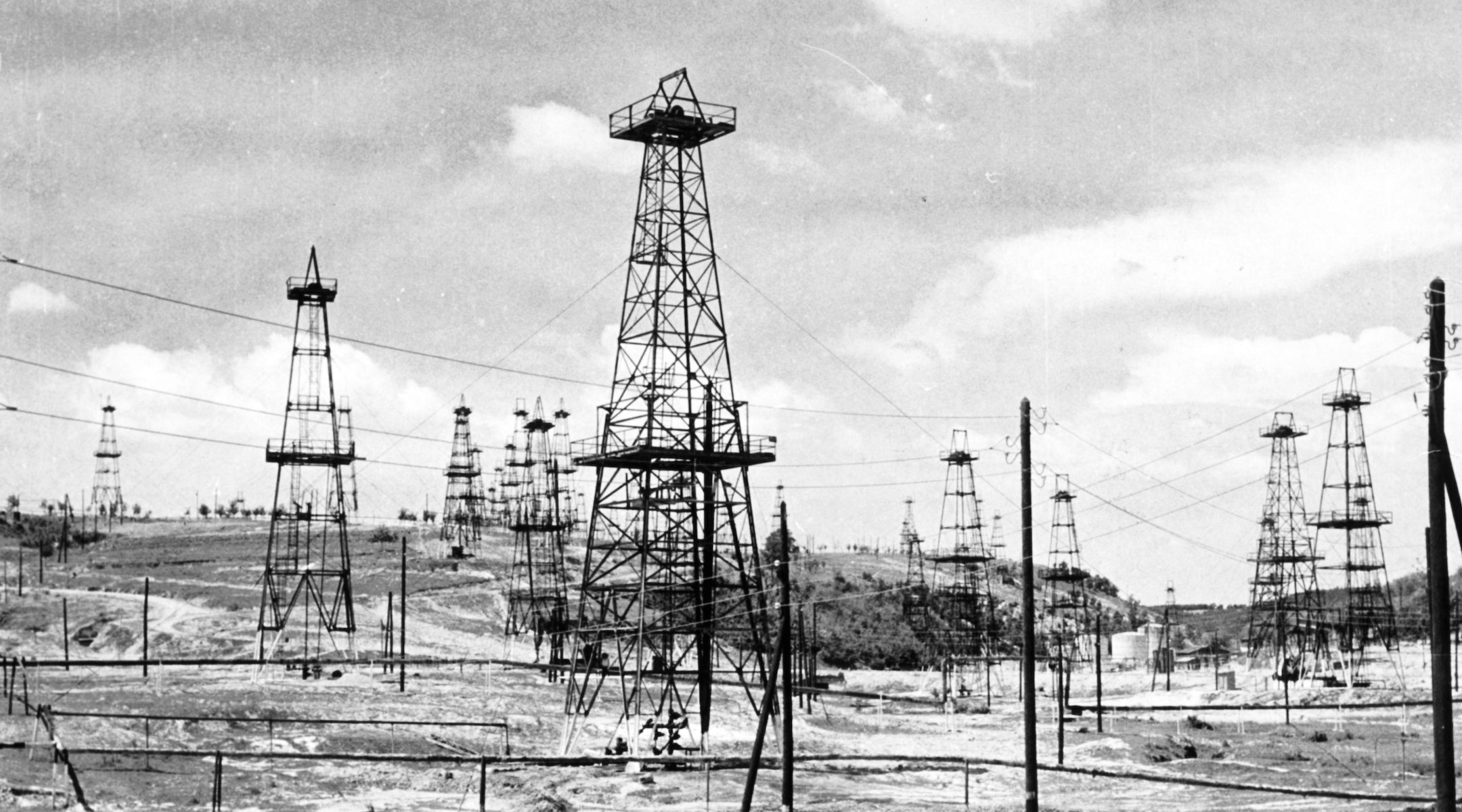 An oil field in the Oltenia region of Romania in the 1950s. (Sovfoto/Universal Images Group via Getty Images)
See Original Daily Bulletin From This Date
Advertisement

Marcel Pohne, correspondent of the Jewish Telegraphic Agency in Rumania, who was arrested ten months ago together with Leonard Kirshen, correspondent of the Associated Press in Bucharest, has been sentenced to 20 years hard labor by a Rumanian military tribunal, it was reported today in Maariv, a Tel Aviv evening paper.

Emphasizing that it received the report “from special sources,” Maariv says that Mr. Pohne was found guilty of conducting espionage on behalf of the United States and of carrying on illegal Zionist activities. The trial was conducted behind closed doors. The fate of the correspondent of the Associated Press remains unknown, the Tel Aviv paper said.